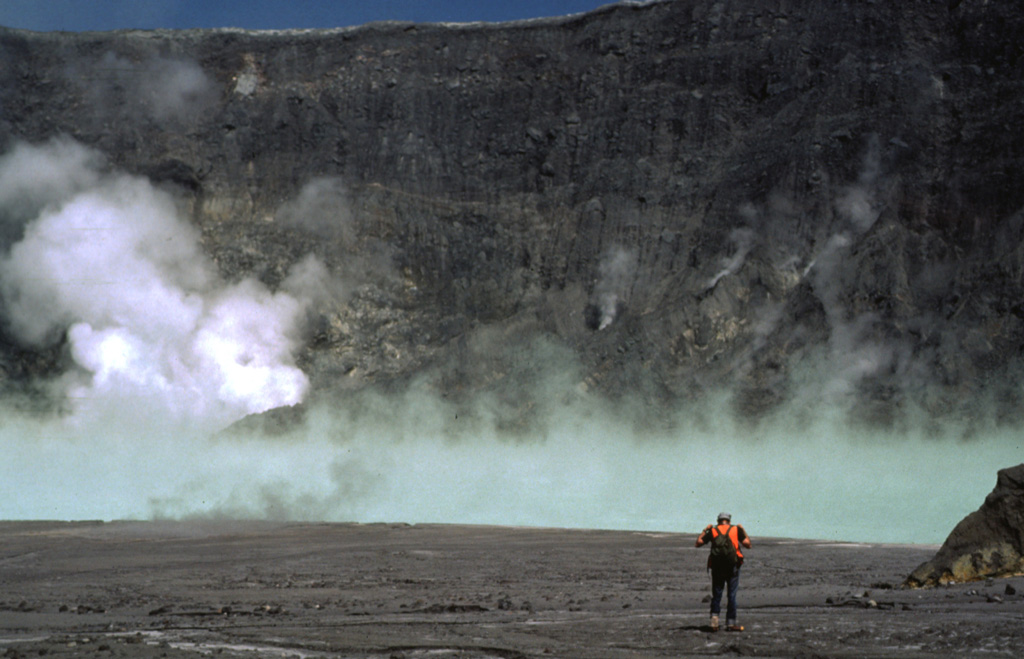 A volcanologist traverses the floor of the El Chichón crater toward the steaming, turquoise crater lake in January 1983, during the first visit to the crater following the major March-April 1982 explosive eruption. The new lake had grown to a depth of about 120 m by November 1982, after which lake level dropped slightly. In January 1983 the lake was hot (52-58°C) and acidic (pH of 0.5). By October 1983 the temperature had dropped to 42°C and the pH was 1.8.