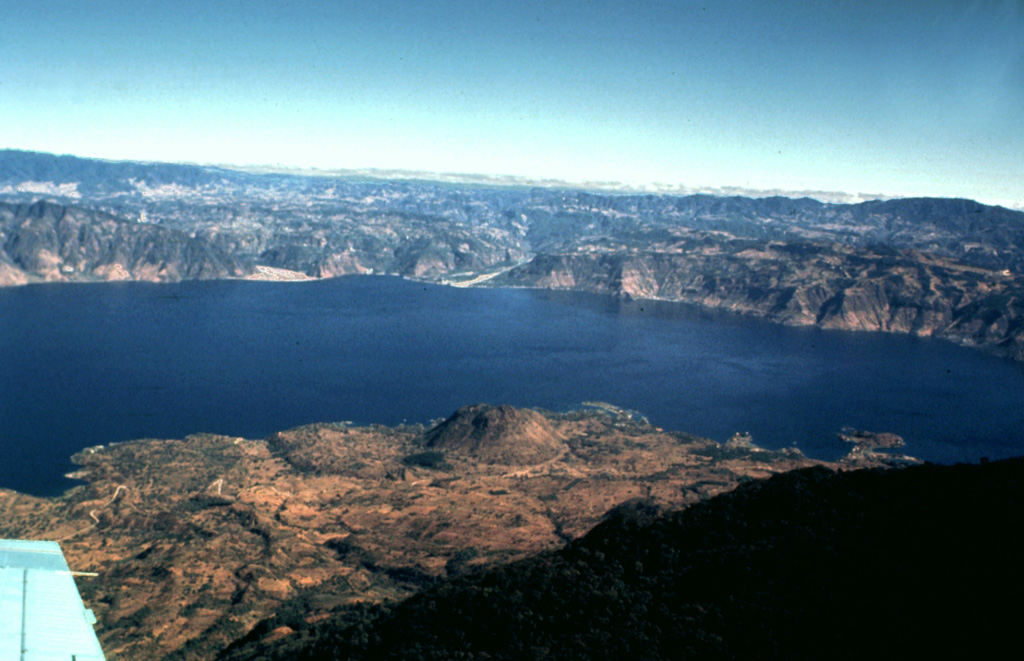 Scenic Lake Atitlán fills the northern half of the Atitlán III caldera, which formed about 84,000 years ago following eruption of the Los Chocoyos Ash. The 18 x 12 km caldera lake is seen here from the south, with the slopes of the post-caldera Tolimán stratovolcano in the foreground. The relatively flat lake floor is 300 m below the water surface, and caldera walls rise to nearly 900 m above the lake. Bathymetric surveys revealed no evidence for resurgent doming or post-caldera vents beneath the lake surface. 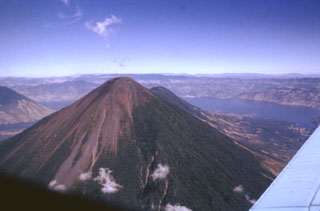 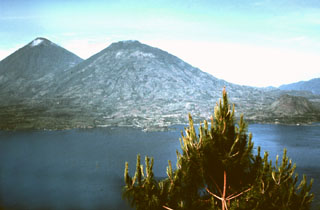