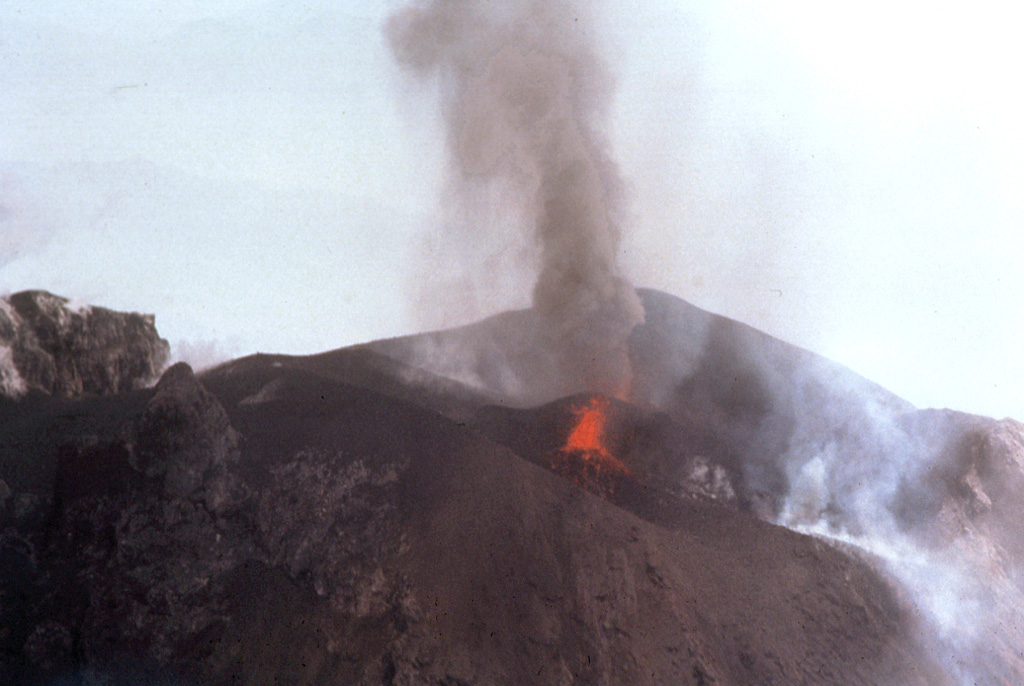 Two vents in the Fuego summit crater were active simultaneously at the time of this 24 February 1978 aerial photograph. A small ash plume rises above the vent at the far side of the crater, while the vent in the foreground ejects lava spatter. This vent feeds a degassing and faintly incandescent lava flow that can be seen to the lower right.