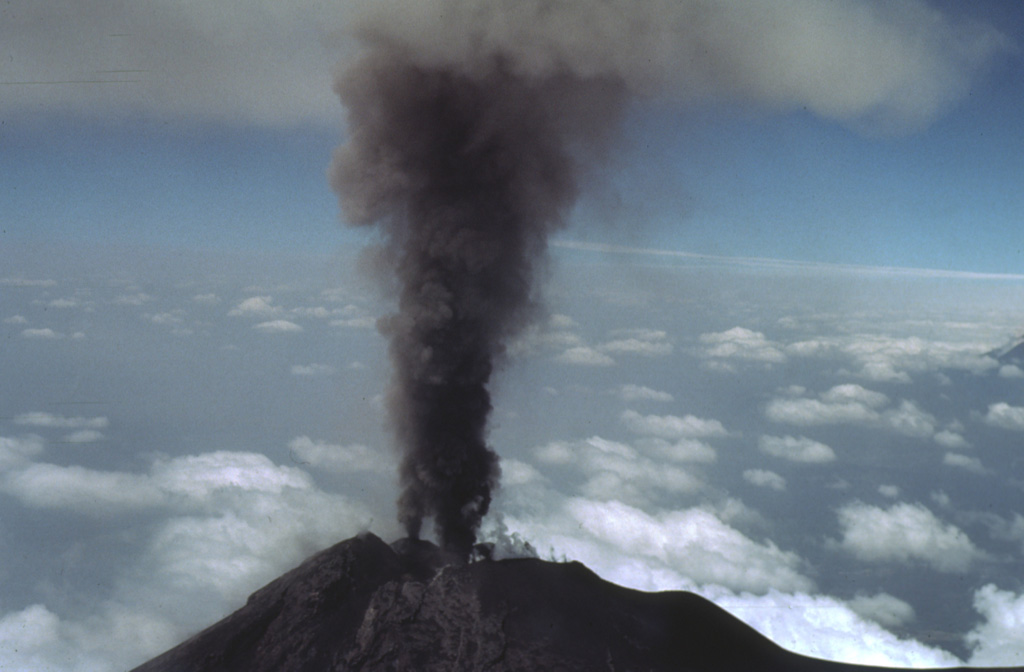 Two ash plumes rise simultaneously from small vents in the Fuego summit crater on 27 February 1978. This view is from the NE with the Pacific coastal plain in the background. Intermittent minor eruptions took place from 11 September 1977 to 8 August 1979. Strombolian eruptions from vents in the crater formed small cones and produced incandescent fountains at night.