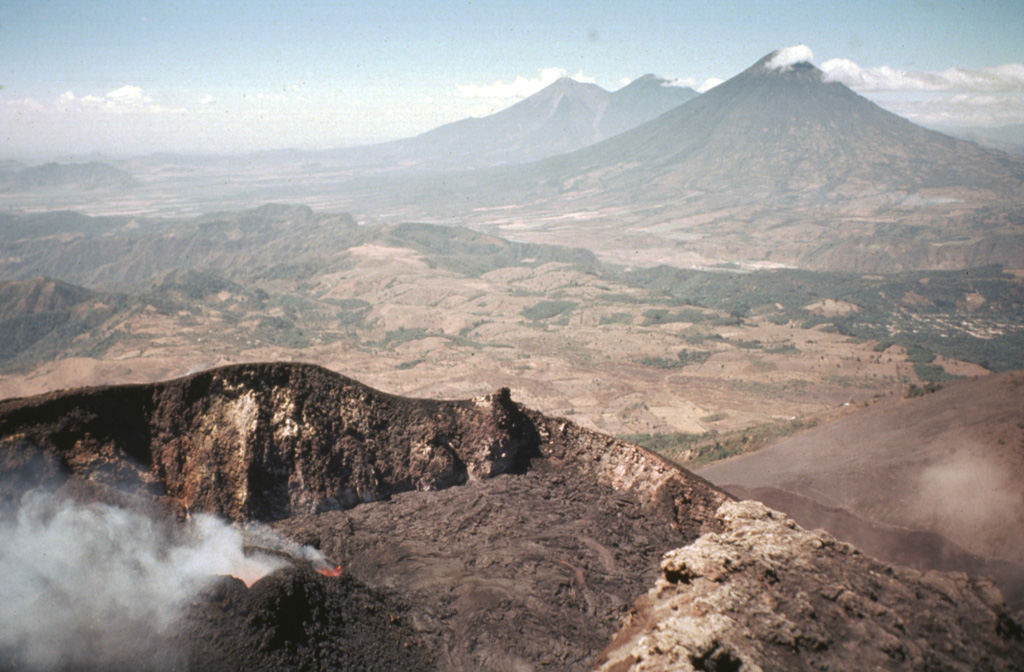 Steam pours from incandescent spatter cones that fed lava flows blanketing the floor of MacKenney crater of Pacaya volcano. In May 1981, at the time of this photo, the broad several-hundred-meter wide crater rim lay well below the summit of the cone. From May 9 to June 2 lava flows from the spatter cones covered the crater floor and spilled over a notch in the NW crater rim. In the background are the twin volcanoes of Fuego and Acatenango (right-center) and the conical Agua volcano (right).