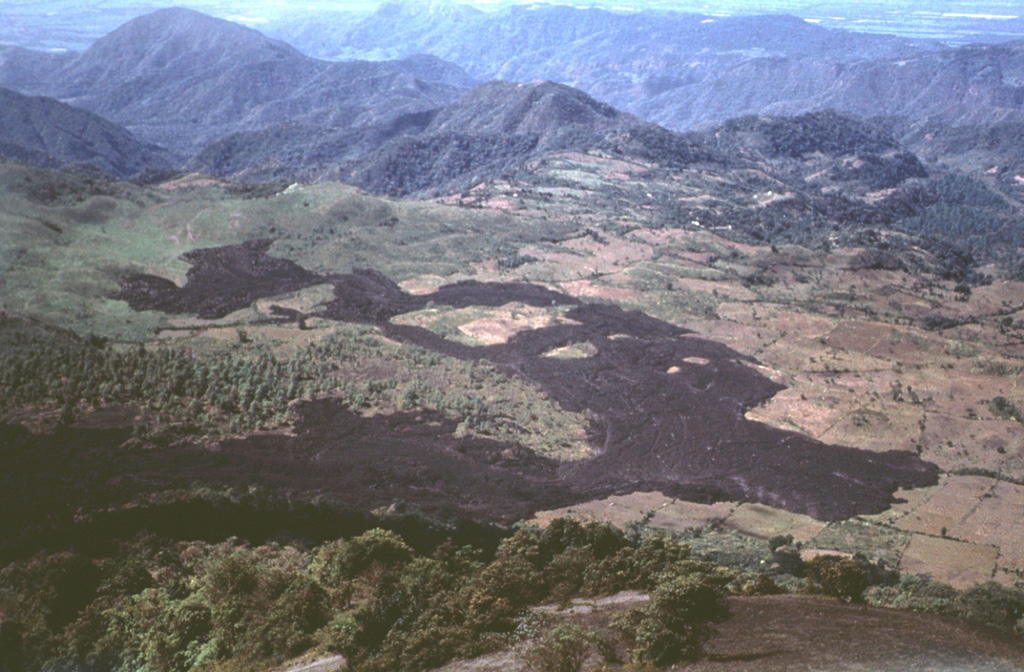 In February 1972 a lava flow from vents at the base of MacKenney cone descended the western flanks and covered farmlands on the caldera floor below the cone. The flow divided around topographic irregularities, forming several large kipukas. Lava effusion began on February 2 and lasted until the 27th. This December 1972 photo was taken from the summit of MacKenney cone with the village of El Patrocinio at the upper right, beyond the lava flow.