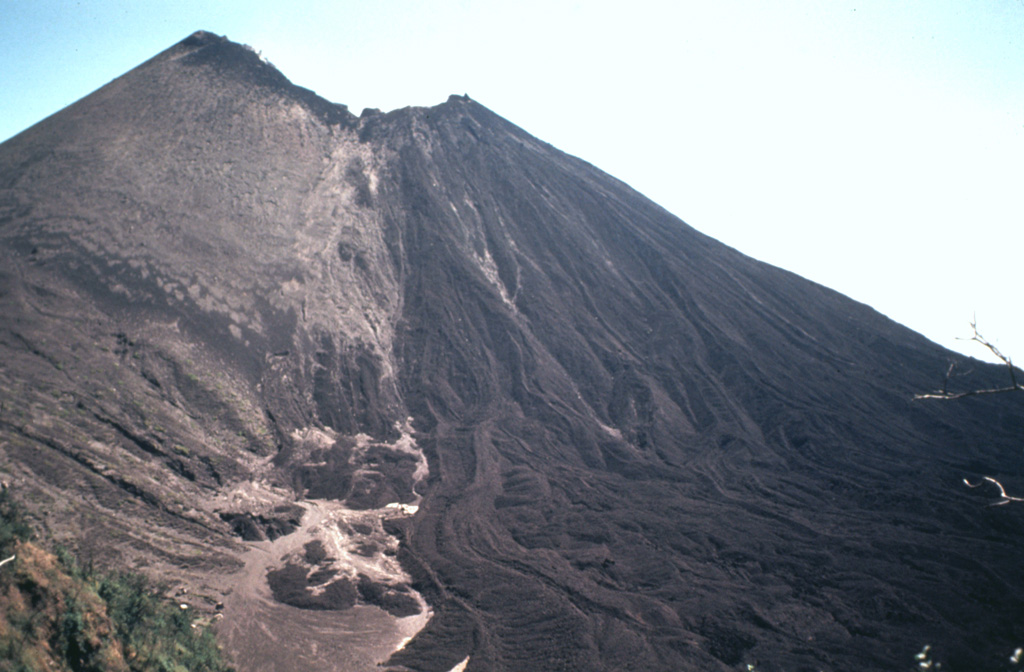 In May 1981 lava flows spilled over a notch in the NW rim of MacKenney crater and flowed down the north flank. This view from Meseta on the caldera rim shows multiple individual flow lobes that traveled within prominent levees. The dark lava field at the right contrasts with ash-covered slopes of the cone on the left. This period of frequent lava extrusion lasted from May 9 until June 2.