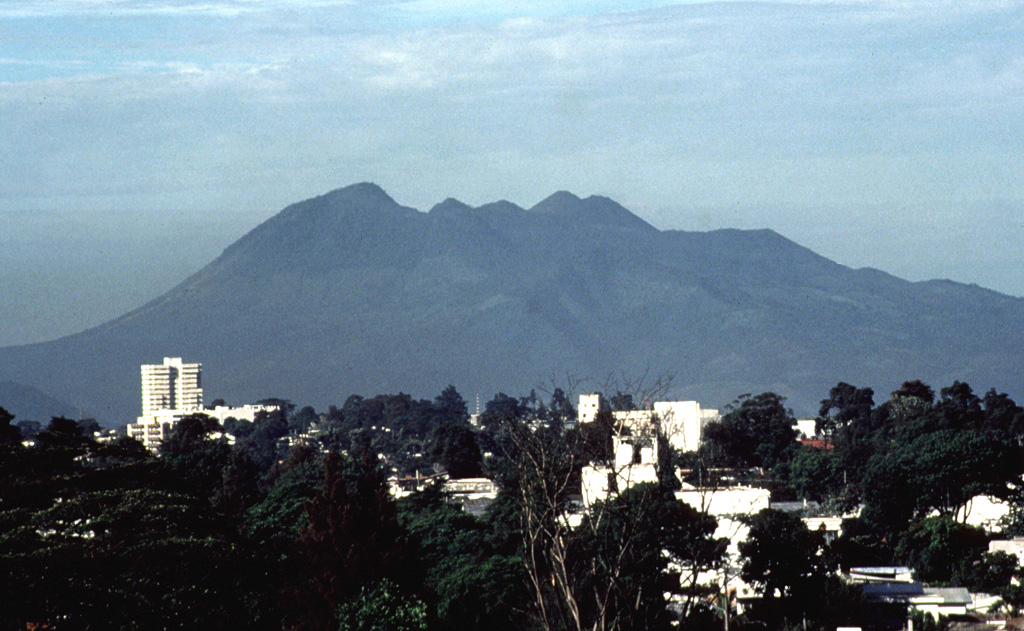 The Volcán de Pacaya massif rises above skyscrapers of the capital city of Guatemala, located only 30 km to the north. The rounded, forested lava dome of Cerro Grande forms the 2560 m high point at the left. The twin peak at the right is the historically active vent of Pacaya, with the right-hand summit being MacKenney cone, which has been active since 1965. The modern cone was constructed within an arcuate caldera whose rim forms the ridge on either side. Eruptions of Pacaya are often visible from Guatemala City.