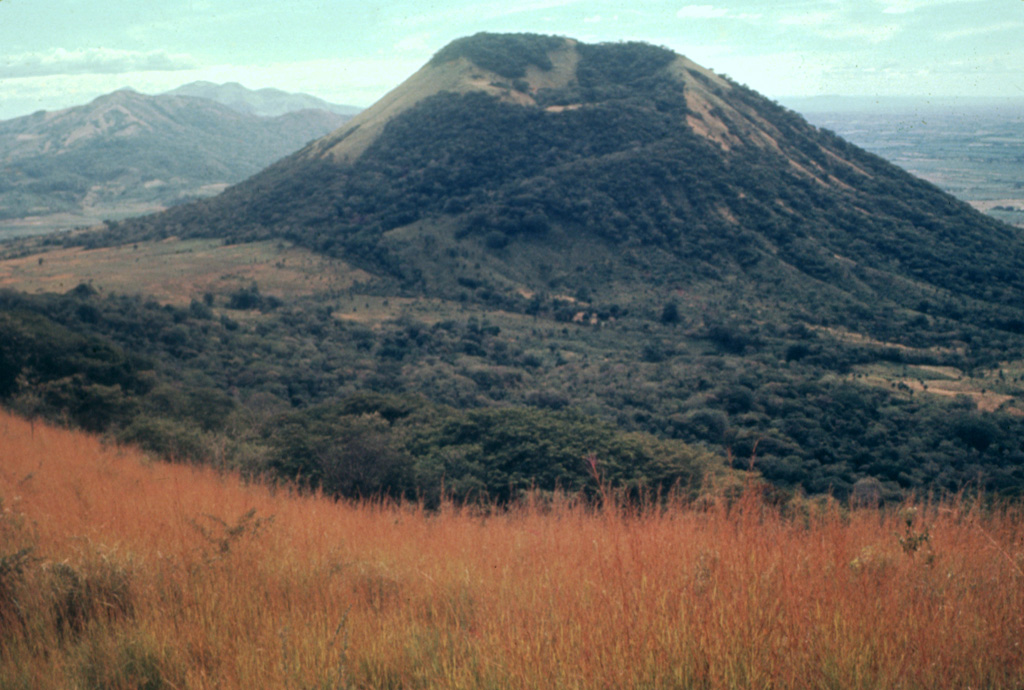 Volcán Santa Clara lies across a 400-m-high saddle (left) from Telica volcano. The crater rim of 834-m-high Santa Clara is higher on its far SE side and is breached to the NW. Santa Clara was considered to be active during the 16th century, but these reported eruptions more likely originated from Telica.