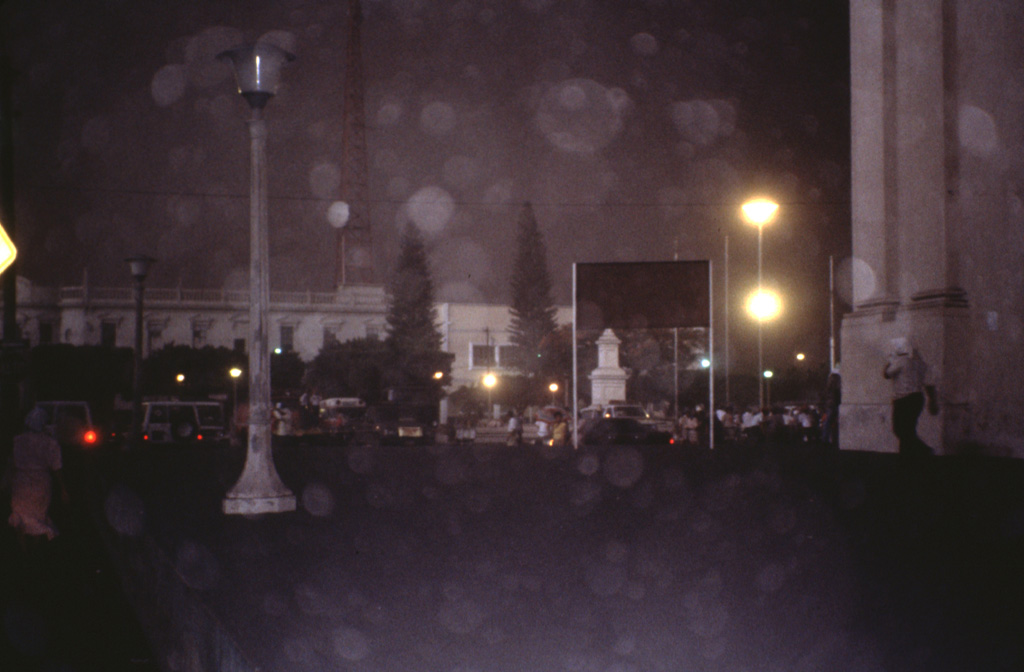 Street lights burn during daytime as heavy ashfall turns afternoon into night on the streets of León (18 km WSW of Cerro Negro) during an April 1992 eruption. Violent strombolian eruptions during 9-14 April produced heavy ashfall, damaging croplands and forcing the evacuation of 28,000 people. On the evening of 10 April, 15 houses and other structures, including large storage buildings, collapsed in and near León. Collapses of numerous farm buildings, rural homes, and school buildings were reported over the next several days.