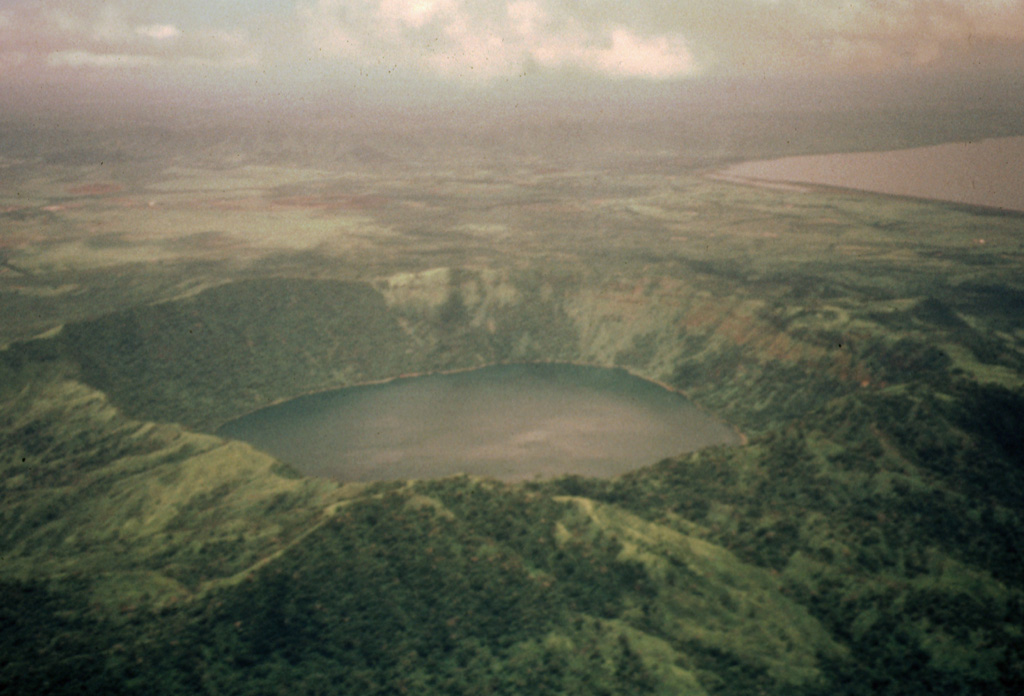 Laguna de Apoyeque fills a 2.8-km-wide caldera constructed at the center of the Chiltepe Peninsula. The caldera rim rises about 400 m above the lake, whose surface lies only about 40 m above sea level. Two major pumice deposits erupted about 18,000-25,000 years ago originated from Apoyeque caldera. The Lower Apoyeque pumice was erupted about 22,000-25,000 years ago, while the Upper Apoyeque pumice, which forms a distinctive layer in the Managua area, was erupted a few thousand years later. Lake Managua lies at the upper right.