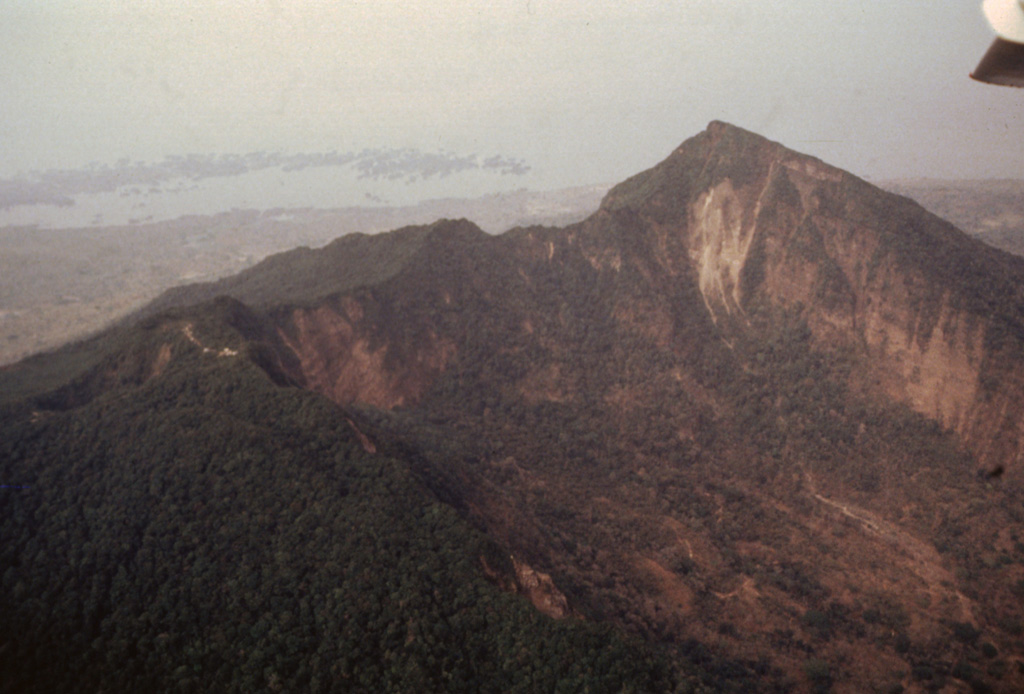 An aerial view of Mombacho from the SW shows the higher eastern summit of the twin-peaked volcano at the right. In the foreground is the southernmost of two large collapse scarps that cut the edifice. The other scarp, out of view on the NE flank beyond the ridge below the summit, was the source of a large debris avalanche that swept into Lake Nicaragua, forming the Aseses Peninsula and Las Isletas at the upper left.