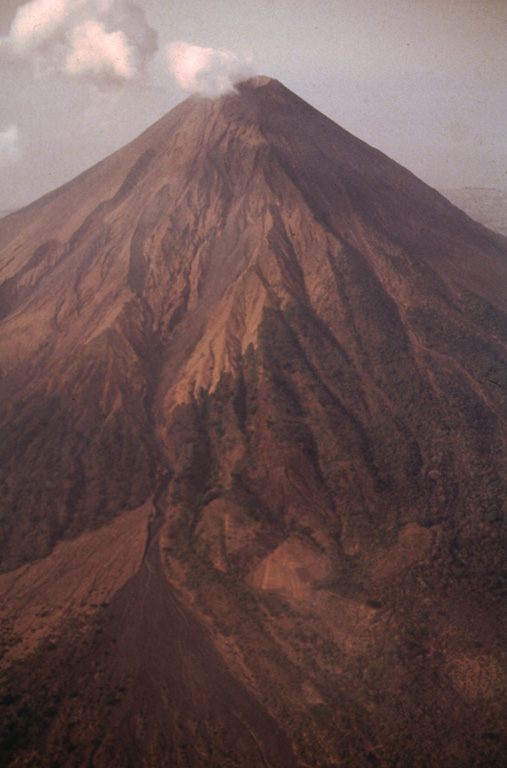 The SW flank of Concepción has been altered by mass-wasting processes. This 1992 photo shows the effects of many rockfalls, as well as small landslides of ash and scoria on the west and south flanks. The SW gully has discharged a large amount of sediment since 1983, forming a fan (lower left) that by 1986 had buried 500 m of mature forest. Areas as far away as communities 8 km SW of the crater were affected, and some homes had to be abandoned.