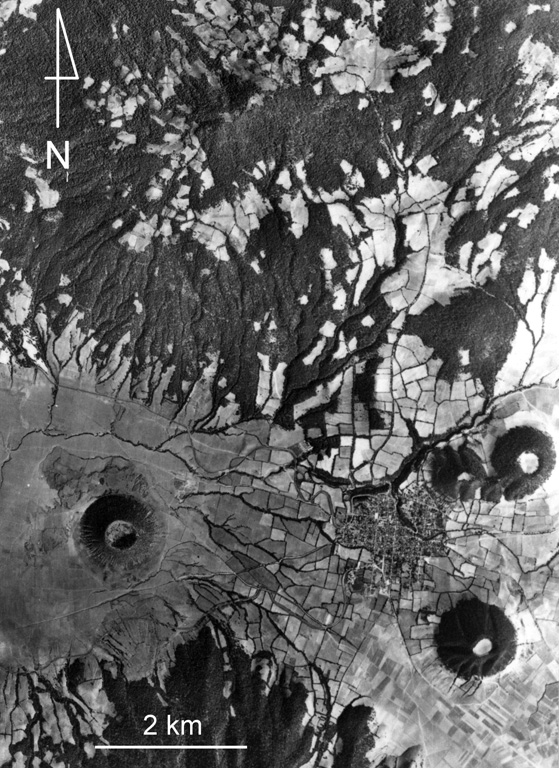 Ashfall from Hoyo el Huanillo cinder cone (lower left) was radiocarbon dated at about 9300 years ago. A small ash-covered lava flow extends a short distance to the NW of the cone, which is located 35 km NE of Parícutin. The prominent cinder cone of Cerro Cucundicata is at the lower right, and the twin cones of Cerro Borrego and Cerro Tarucun are located nearby, NE of the town of Cherán. The eroded stratovolcano Cerro Pacaracua forms much of the upper part of the photo.