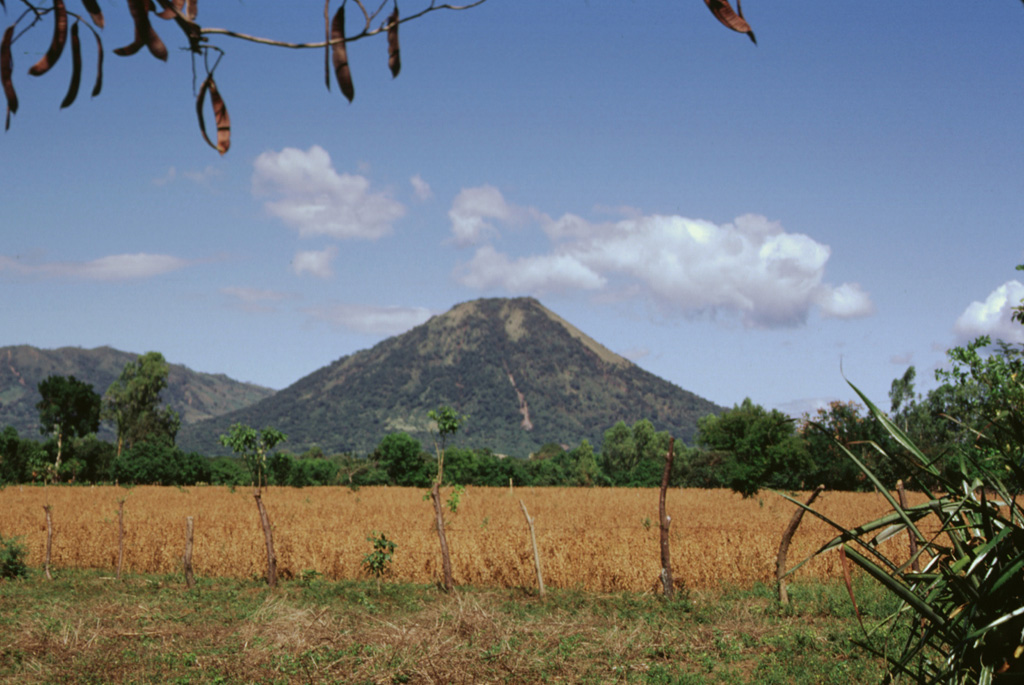 Conical Santa Clara volcano lies at the SE end of the Telica volcanic complex. The 834-m-high stratovolcano, seen here from the south, has a small summit crater about 150 m in diameter. Santa Clara was considered to have been active during the 16th century, and early explorers reported the volcano to be smoking, but no specifically dated eruptions have been recorded.