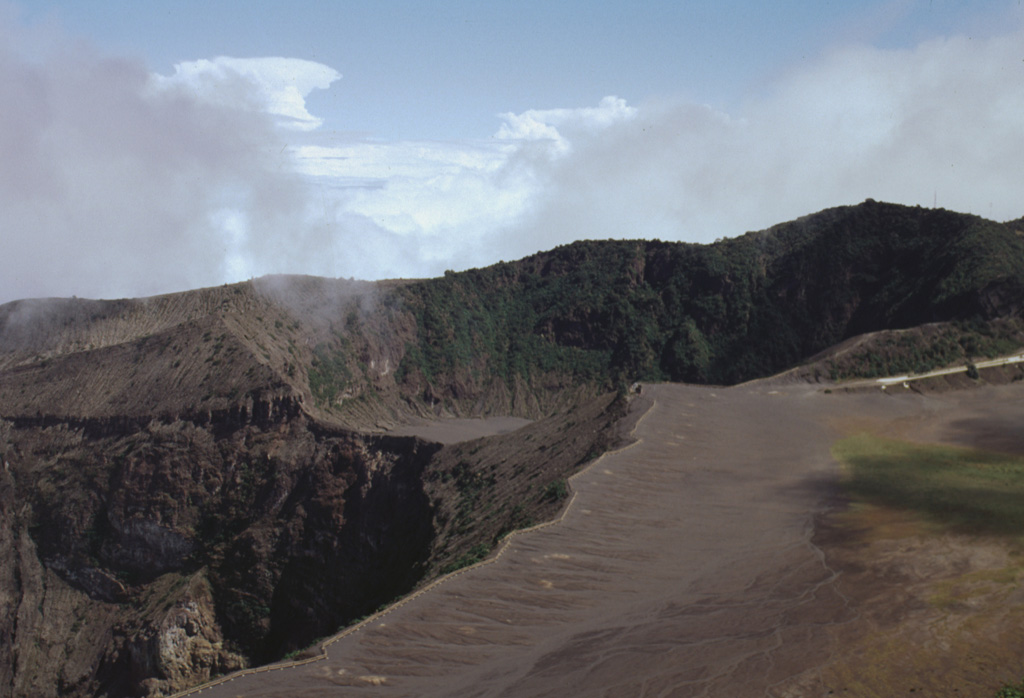 The infilled, 400 x 500 m wide Diego de la Haya crater in the background was the site of Irazú's first documented eruption in 1723. The eruption began on 16 February 1723, reached peak intensity in February and March, and continued sporadically until 11 December. Incandescent blocks and bombs were ejected, and ash fell on the cities of Cartago, San José, Barva, and Heredia. The active summit crater is to the lower left in this 1998 photo.