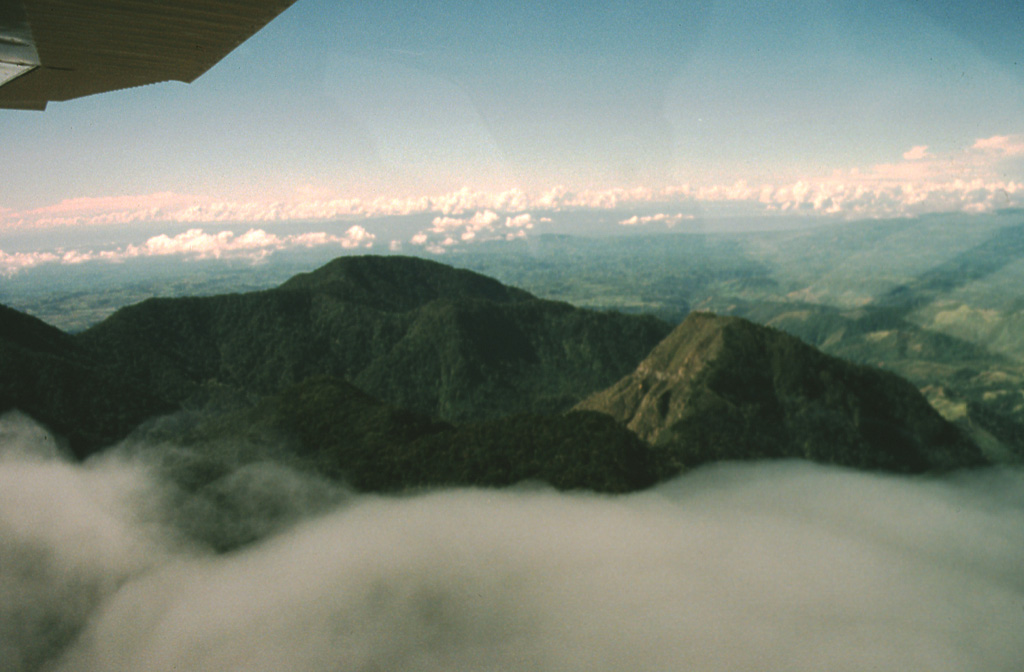 Two post-caldera lava domes of Volcán Colorado are seen here from the NE. The forested dacitic 2679-m-high Cerro Pelón lava dome is at the left center and andesitic 2625-m-high Cerro Totuma is the lava dome at the right. Roughly 1400-year-old tephra deposits on top of Cerro Totuma originated from Volcán Barú. The northern caldera rim can be seen just above the cloud layer, in front and to the left of Cerro Totuma. The caldera is breached widely to the SW, in the direction of Costa Rica in the background. 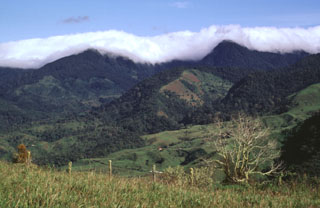