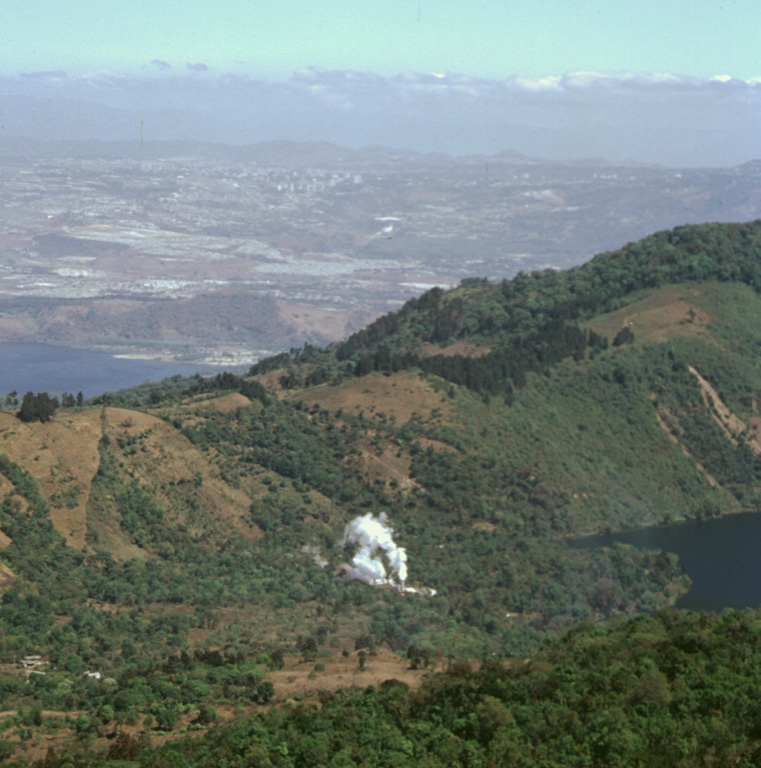 A steam plume rising from a geothermal site in Amatitlán caldera is seen here from the caldera rim of Pacaya volcano with Guatemala City in the background. Laguna Calderas is the lake to the right of the plant, and beyond the ridge at the left is part of Lake Amatitlán. The 14 x 16 km wide Amatitlán caldera produced a large number of major explosive eruptions that blanketed the current site of Guatemala City with pyroclastic flows during the late Pleistocene. The caldera retains a high heat flow that is being exploited for geothermal energy.