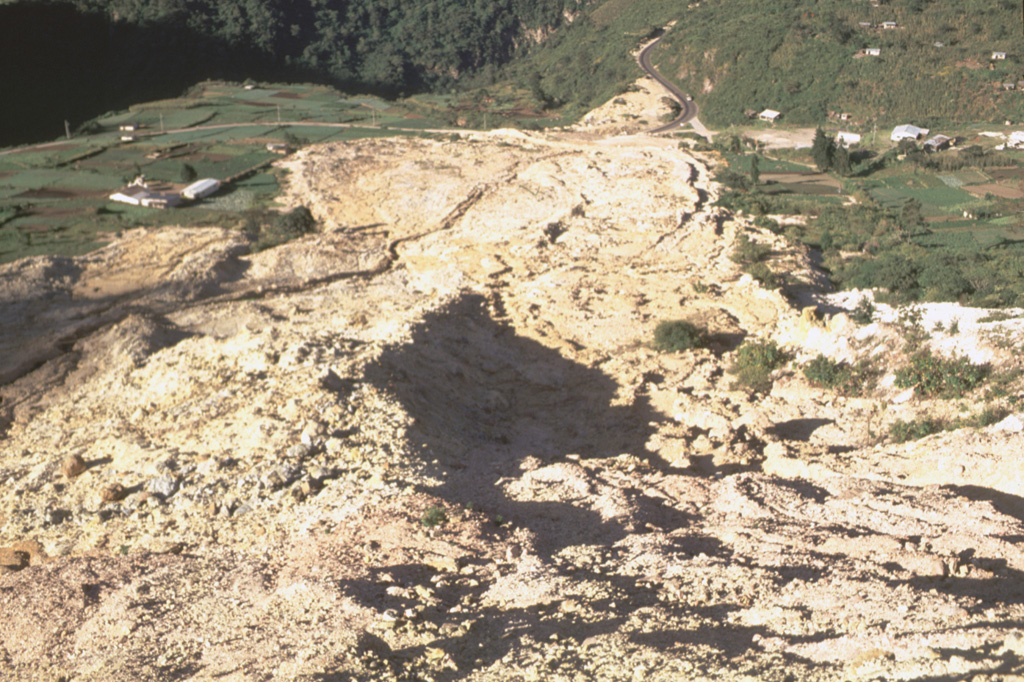 This view looks down the path of the 5 January 1991 landslide at the Almolonga volcano Zunil geothermal site. The avalanche of extensively hydrothermally altered material along the Zunil fault zone traveled 800 m from its source. The slide nearly reached the Río Samala and can be seen at the top of the photo cutting the highway between Quetzaltenango and Retalhuleu. The deposit has four overlapping lobes with a combined thickness of 2-3 m.