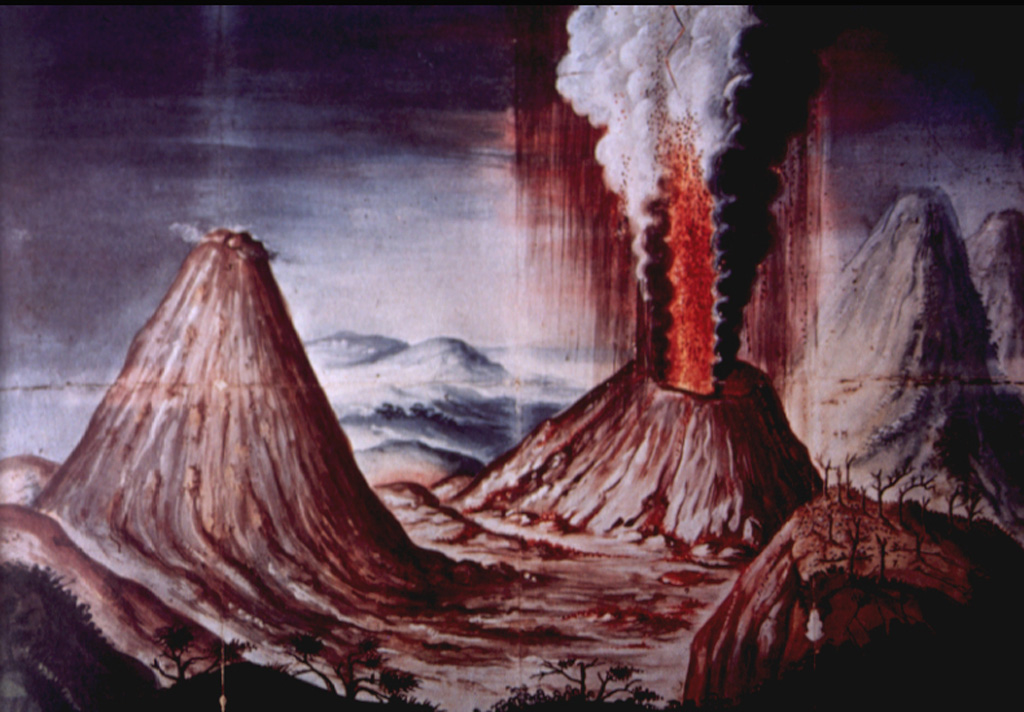 This dramatic contemporary painting of the 1775 eruption of Pacaya volcano shows a lava fountain and eruption plume rising above Cerro Chino. The perspective of the painting is from Meseta on the NE rim of Pacaya's large summit caldera. At the left is the conical peak now known as MacKenney cone, and at the far right is Agua volcano. An explosive eruption, one of the largest in historical time from Pacaya, began on July 1, 1775 and produced extensive ashfall and a lava flow that eventually reached 1000 m altitude on the south flank.