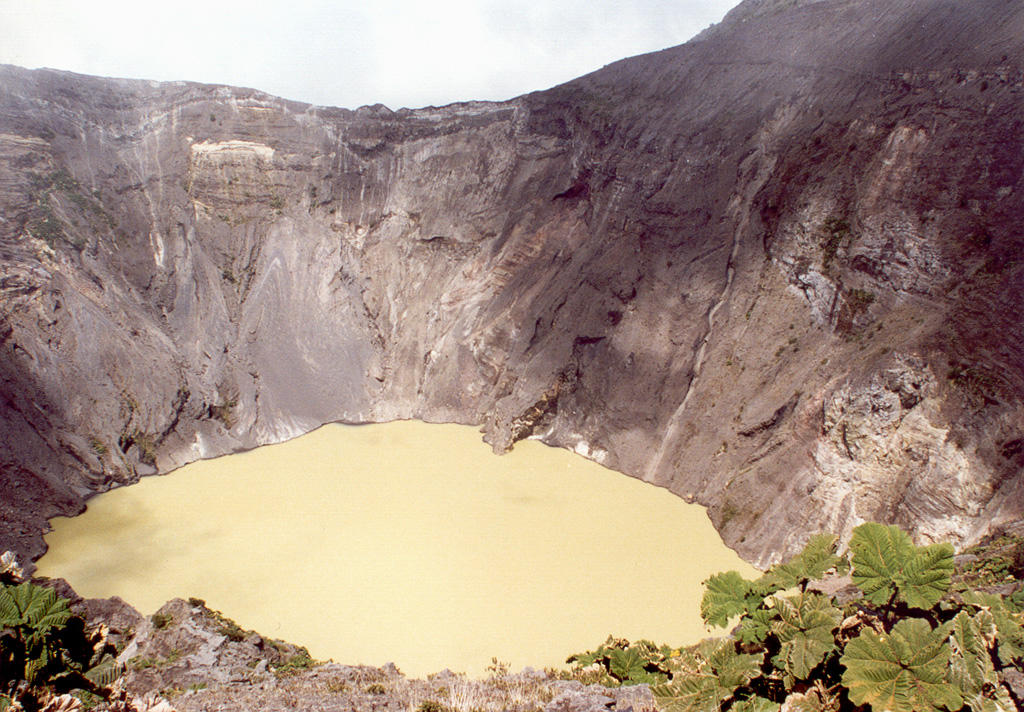 A lake occupies one of the Irazú summit craters (seen here from the southern crater rim in 1996), which has been the source of many recent eruptions. The first well-documented eruption of Irazú occurred in 1723, and frequent explosive eruptions have occurred since. Ashfall from its last major eruption during 1963-65 caused significant disruption to San José and surrounding areas.