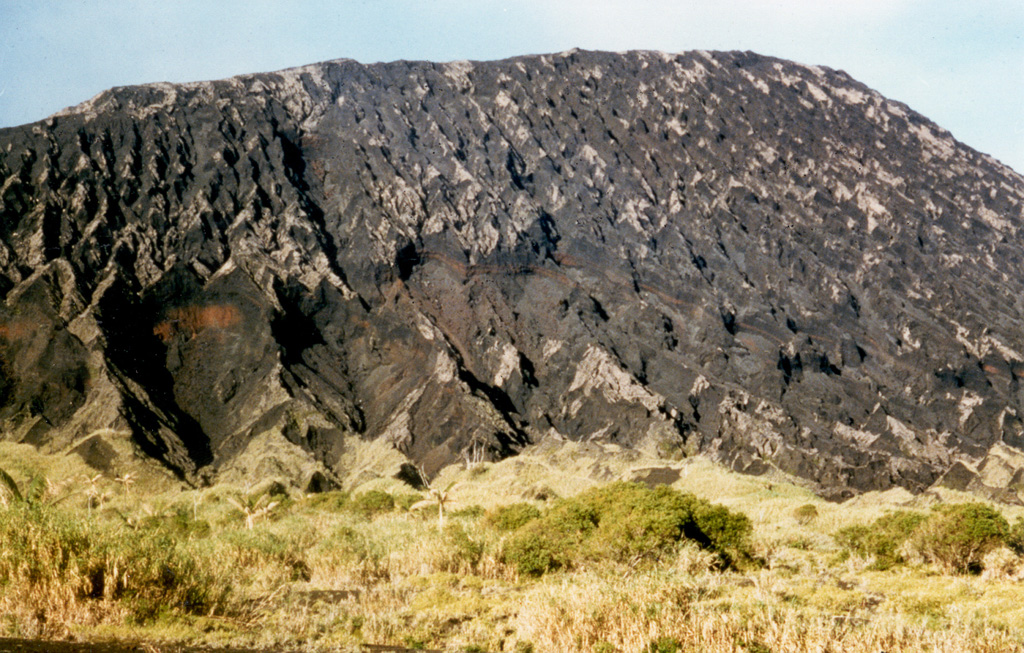 The ash-mantled slopes of the northern side of Marum cone are cut by erosional furrows. Marum is one of several historically active cones constructed within the 12-km-wide caldera of Ambrym. The cone lies in the west-central part of the caldera and is the highest of the post-caldera cones.