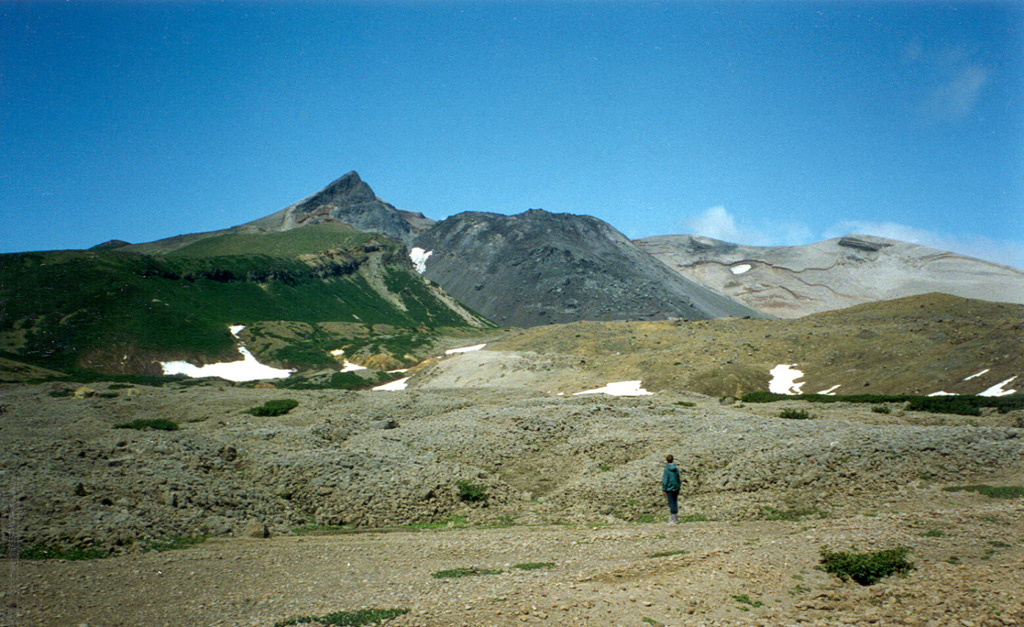 The east side of the 8 x 12 km island of Kharimkotan has a large open crater that formed when the summit collapsed in 1933. The dark-colored lava dome in the center of the photo grew inside the crater towards the end of the 1933 eruption. This and another scarp on the NW side of the island were formed by flank collapse events that produced debris avalanche deposits that created broad peninsulas on the E and NW coasts. 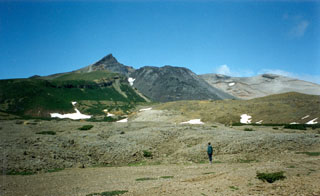