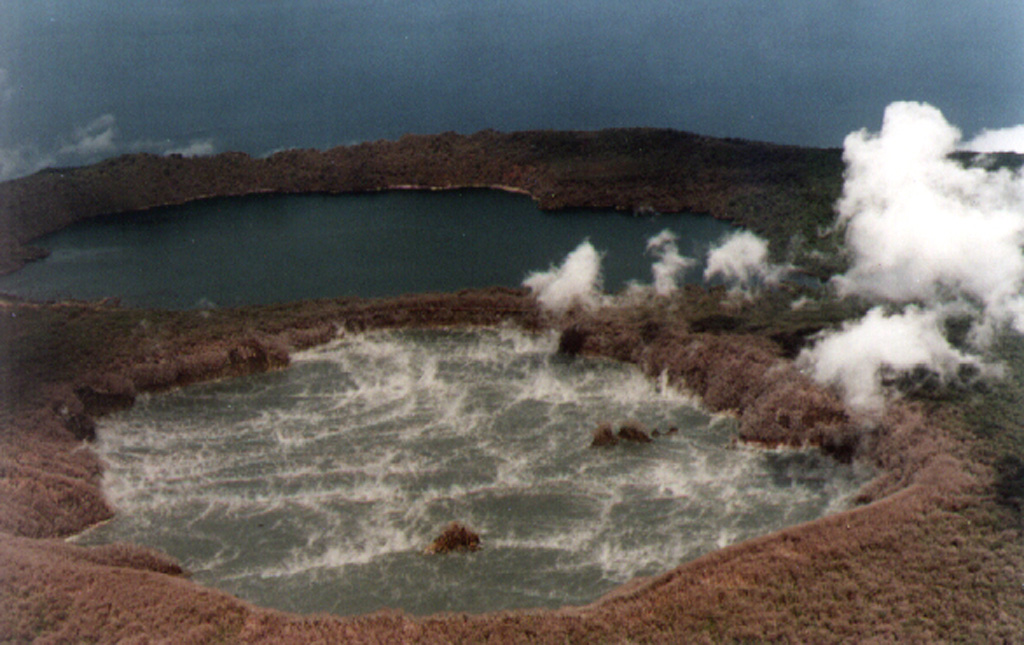 The summit of Ambae is seen looking approximately SE, with Lake Voui (foreground) and Lake Manaro Lakua (also known as Manaro Ngoru) on 20 March 1995. This was following an eruption on 2 March when bubbling and black sediment ejection were observed; the next day a 3-km-high steam-and-ash plume ejected lake sediments. Convection cells ~300-400 m in diameter can be seen in Lake Voui. The eruption took place near the center of the lake, between the two small islands. No eruptive activity was observed after 3 March.