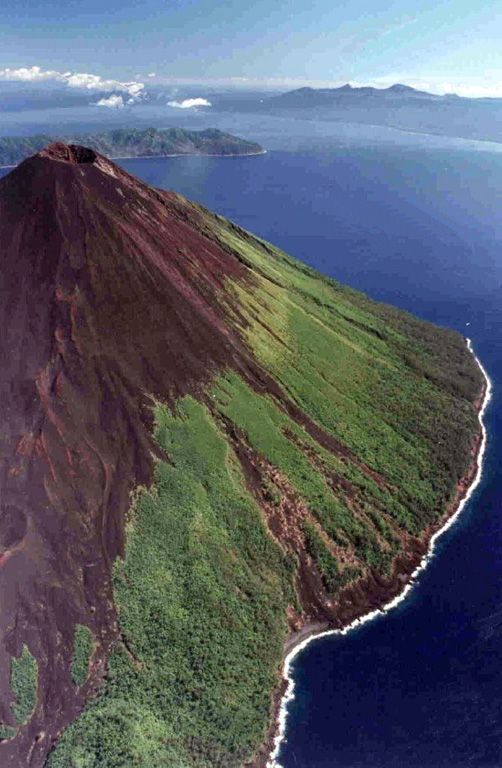 The Lopevi SE-flank eruptive fissure in May 1995 is visible in this photo. The small 7-km-wide island is frequently active with both summit and flank vents, primarily on the NW and SE sides, producing moderate explosive eruptions and lava flows that reach the coast. Historical eruptions date back to the mid-19th century. Paama Island (left) and Ambrym Island (right) are in the background to the north.