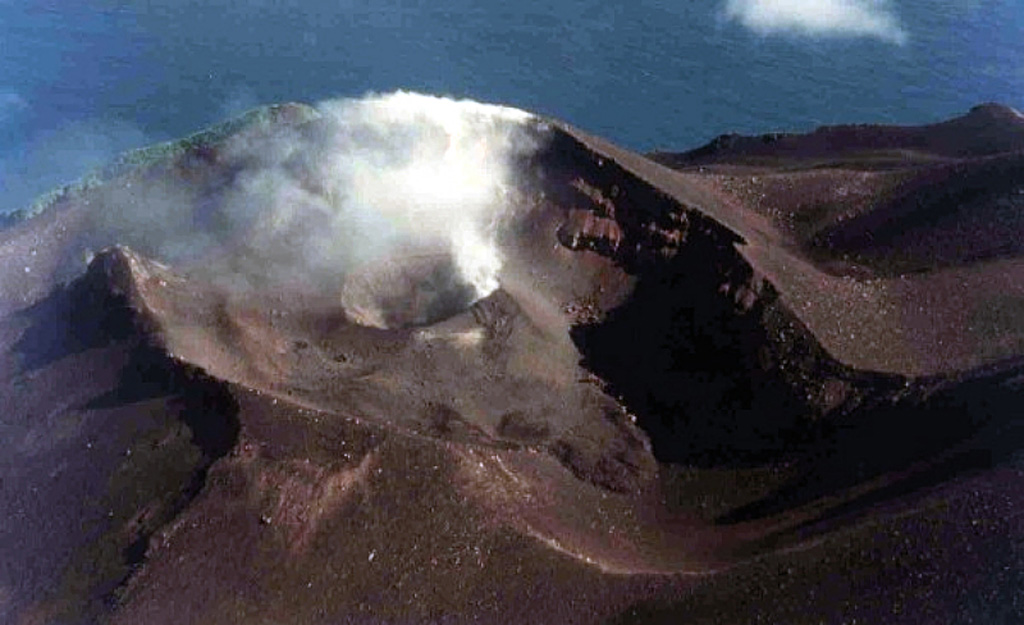 A plume is emitted from the active crater on the NW flank of Lopevi volcano in January 1999, six months after eruptive activity resumed in July 1998. The eruption took place within the elongated 1963 crater on the upper NW flank. A small lava flow erupted in December 1998 from the smaller cone onto the crater floor to the SE.