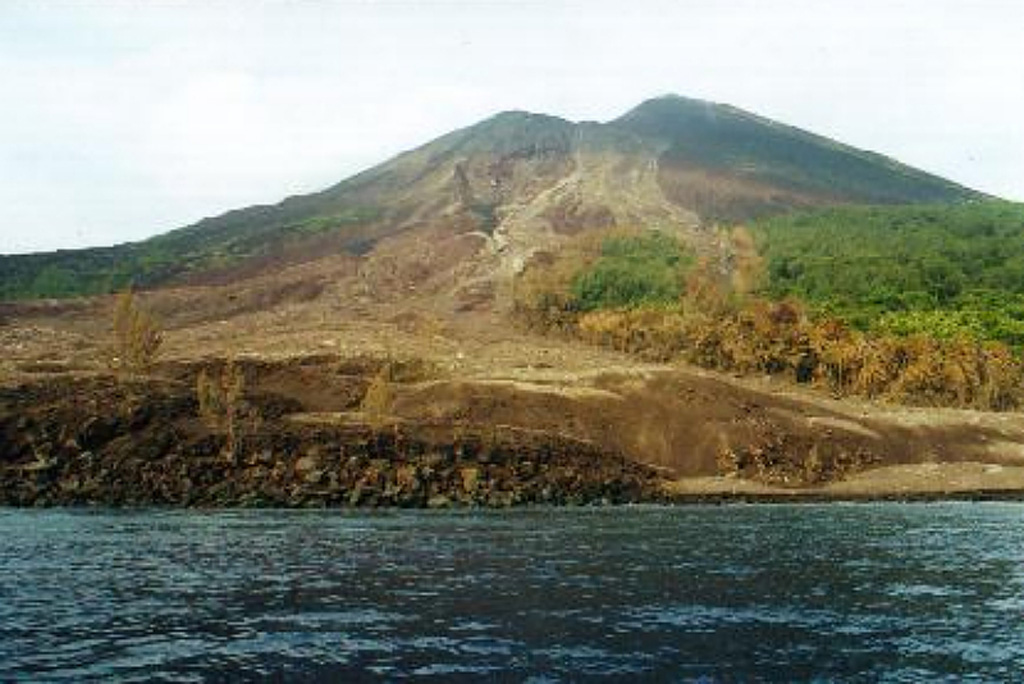 Charred vegetation marks the path of a pyroclastic flow on the SW flank of Lopevi on 19 February 2000. This view, taken 4 days later, shows part of the new 300-m-wide delta where the pyroclastic flow reached the sea. This was part of an ongoing eruption that began in July 1998. Intermittent explosive eruptions took place from the main 1963 crater (just NW of the central crater) and a small lava flow traveled 100 m within the crater.