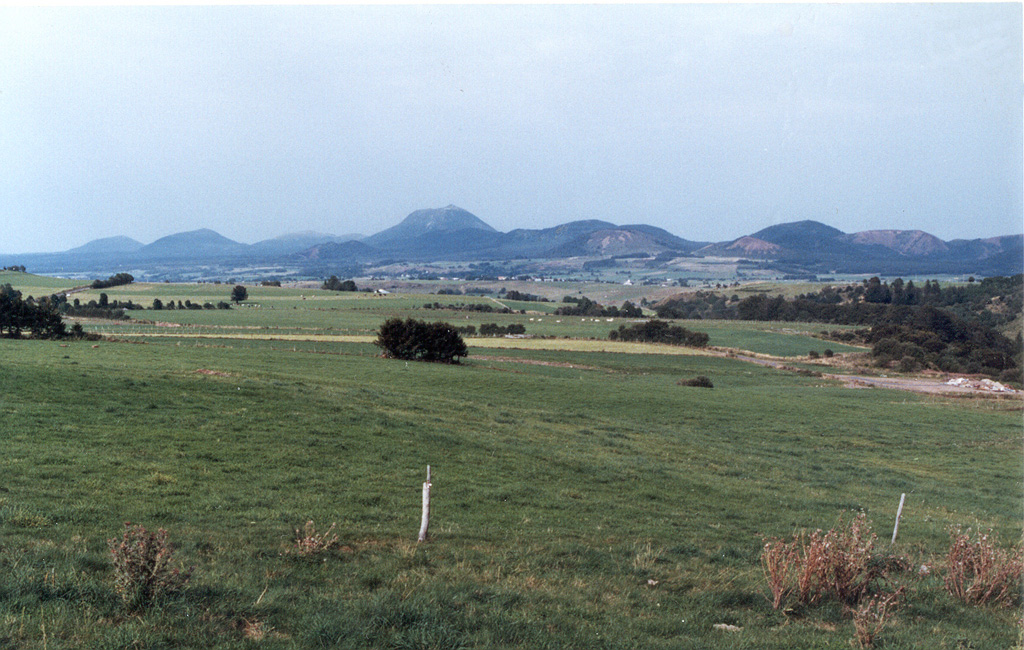 The central part of the Chaîne des Puys volcanic chain in the Auvergne region of France from the SW. Puy de Dôme is the rounded peak in the center, Puy de Côme is at the left, and Puy de Laschamp is the scoria cone at the right. The N-S-trending chain of basaltic and trachytic cones, basaltic maars, and trachytic lava domes in France's Massif Central has been active into the Holocene. The latest well-documented activity took place about 6,000 years ago.