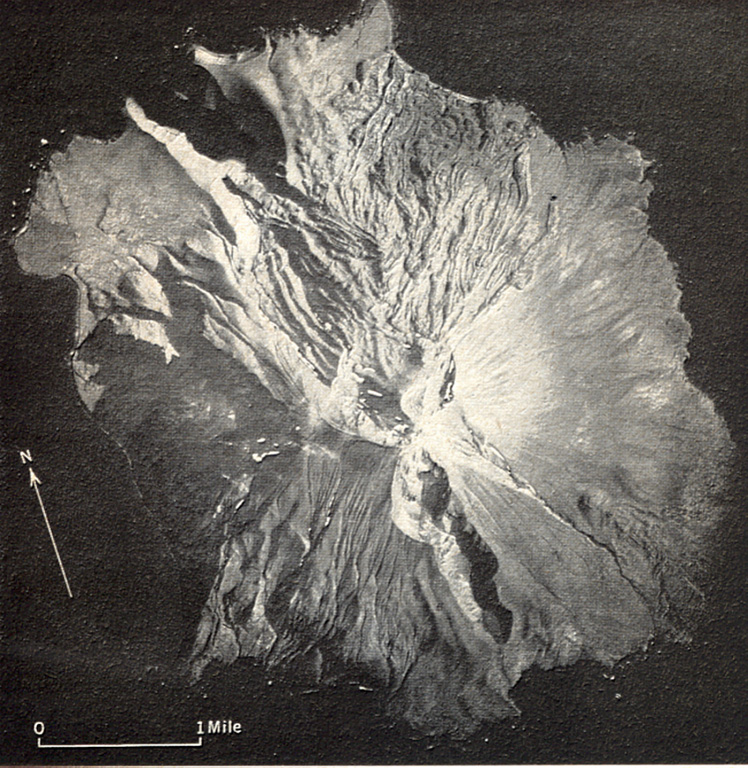 A prominent N-S-trending fissure that extends to sea level at both ends across Segula, located near the western end of the Aleutian Arc. The irregular topography on the N side of the island is an extensive lava field that erupted from the summit crater along the NE flank to the coast. A smaller lava field to the lower right originated from a scoria cone on the lower SE flank. A scoria cone constructed along the S rim of a small caldera forms the high point of the island. 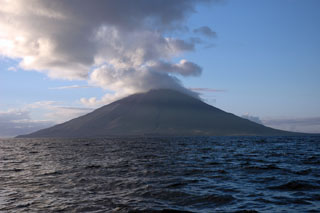