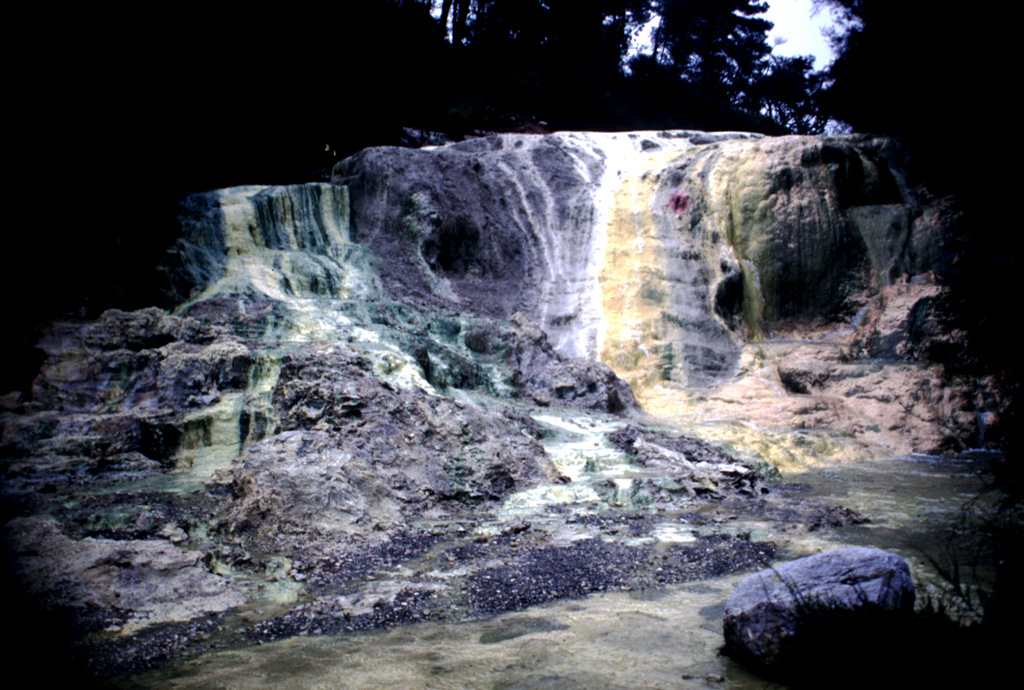 Multi-colored Bridal Veil Falls were formed from silica terraces created when mineralized water poured over from the Primrose Pool of the Wai-O-Tapu thermal area. The noted hydrothermal area lies within the 10-km-wide Reporoa caldera, which was formed during the Pleistocene in the Reporoa-Broadlands basin near the western margin of the Taupo volcanic zone. Large hydrothermal explosions took place from the Wai-O-Tapu thermal area at the time of the Kaharoa eruption of neighboring Tarawera volcano (Okataina Volcanic Centre) about 700 years ago. 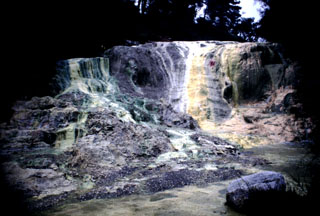