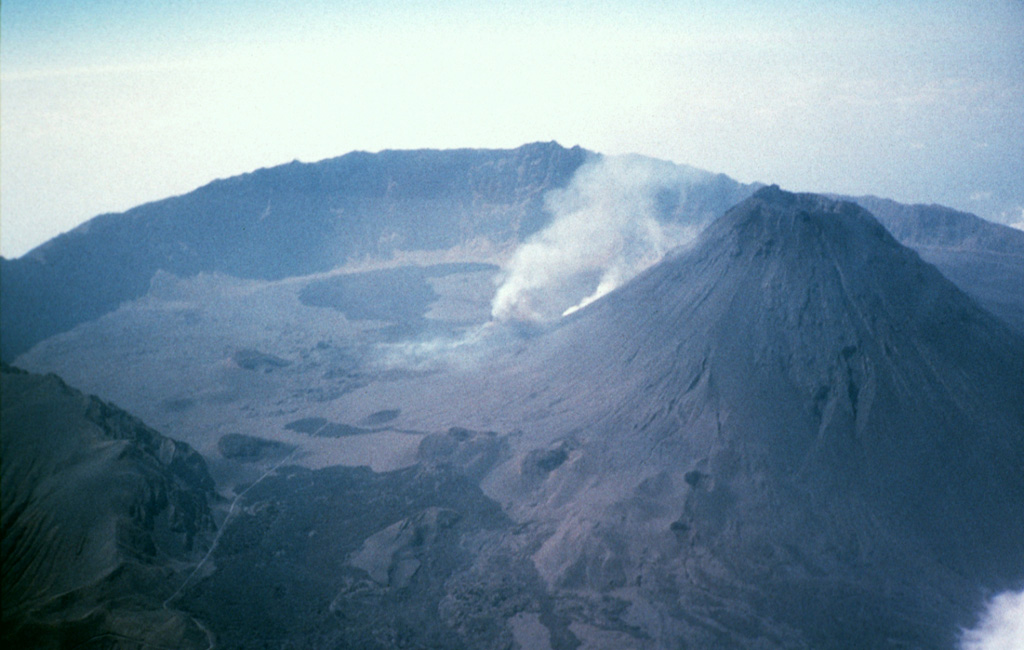 The 9-km-wide Cha caldera, open to the east, truncates the summit of Fogo stratovolcano. An ash plume (center) rises from an active vent on the western flank of the steep-sided Pico central cone (right). Pico is more than 1 km high and capped by an approximately 500-m-wide, 100-m-deep summit crater. Numerous historical eruptions have occurred from the summit of Pico and from its flanks in Cha caldera.