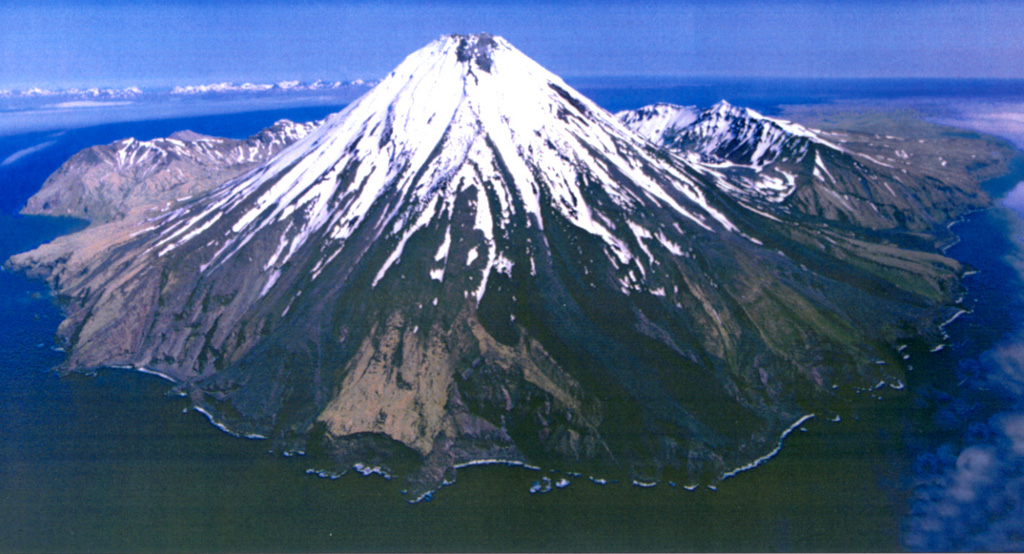 Kanaga is situated within the Kanaton caldera at the northern tip of Kanaga Island. The caldera rim forms a 760-m-high arcuate ridge, which can be seen S and E (left) of Kanaga. Several morphologically fresh-appearing lava flows descend the flanks. An eruptive period from mid-1993 through 1995 produced the two flows that reached the coast on either side of the sea cliffs to the lower center.