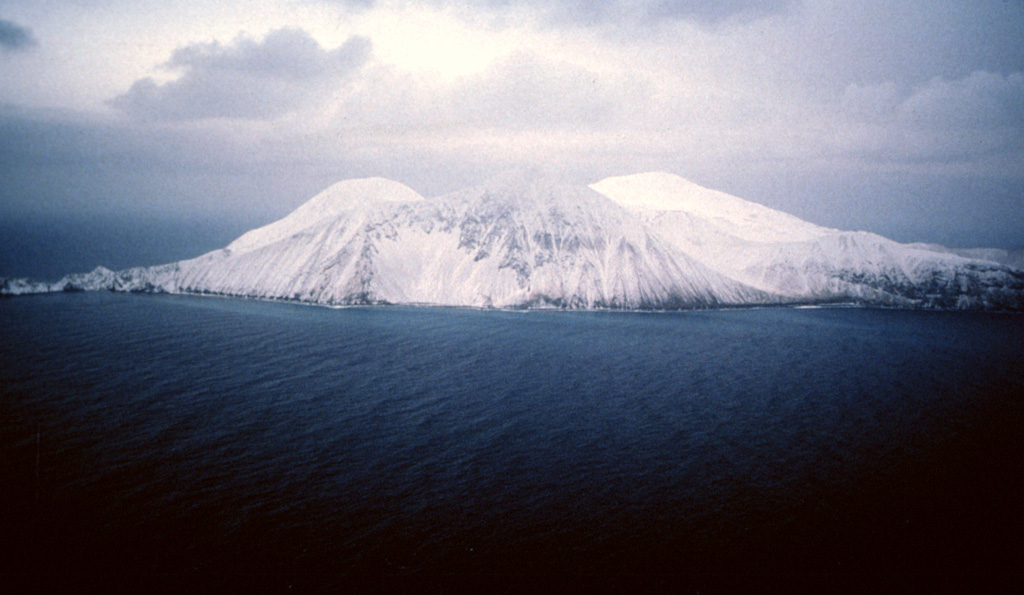 Buldir is the westernmost Quaternary volcanic center of the Aleutian Arc. It lies at the center of the island and the younger East Cape volcano forms the NE portion. The age of the recent eruptions is not known precisely but has been estimated to be late Pleistocene or Holocene. 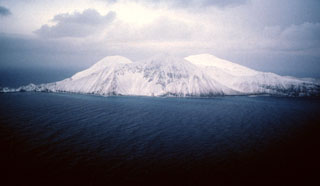