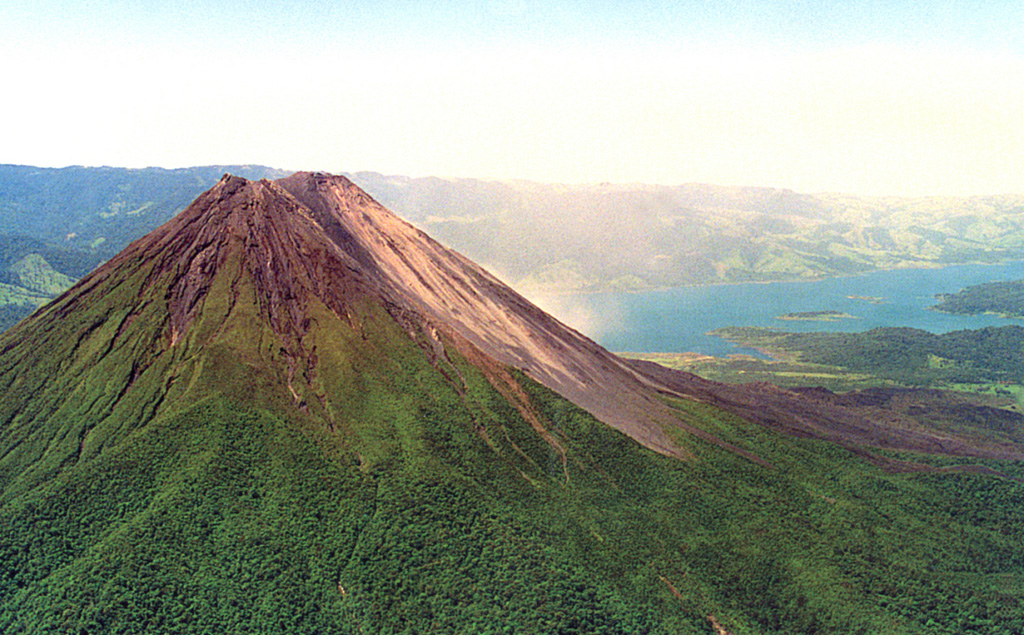 Below the vegetation on the NE Arenal flank is the A2 lava field. These voluminous flows cover the eastern flanks and are considered to have been erupted between about 1700 CE and the start of accurate historical records in Costa Rica in 1800 CE. The vegetation-free flank of the post-1968 cone form the right-hand side of the edifice, and recent lava flows from the 1968-2010 eruption are visible on the lower right-hand flanks with Lake Arenal in the background.