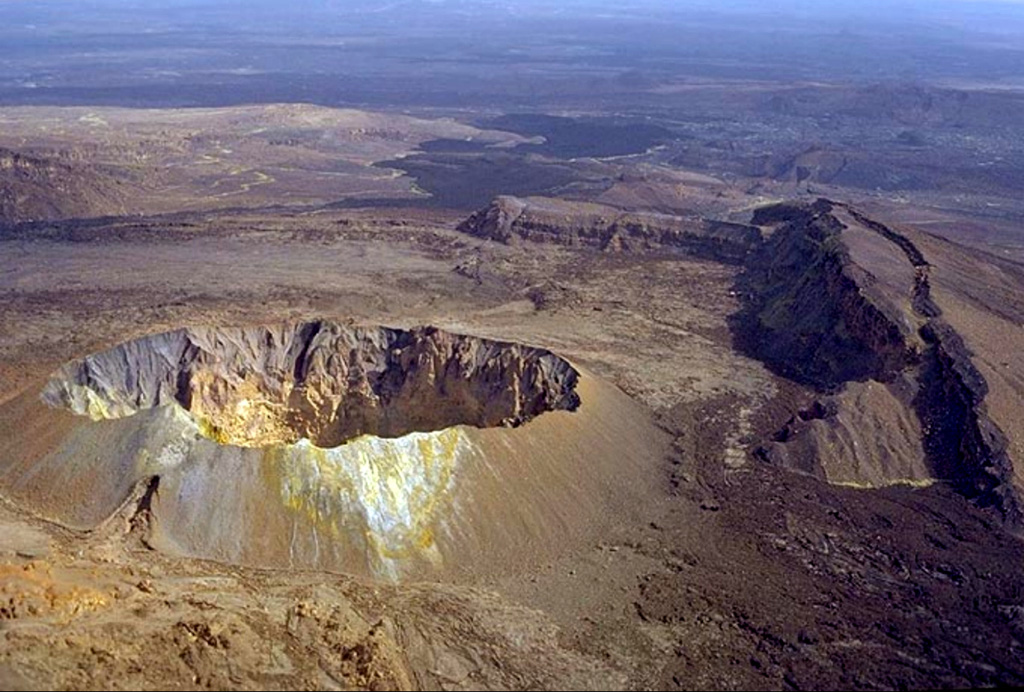 A symmetrical scoria cone with a 200-m-wide crater lies in the center of a graben that cuts the summit of Hayli Gubbi volcano, the southernmost in the Erta Ale Range. The cliffs at the right form the W side of the graben. Dark lava flows seen at the top center were erupted from the axial portion of a fissure system that extends for more than 10 km to the S. The lava flows have reached the floor of the Giulietti plain S of the Erta Ale Range. A steam plume was observed from the crater in February 2002. 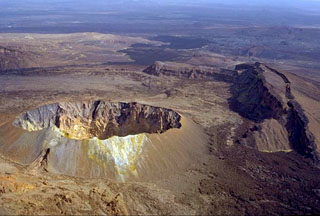