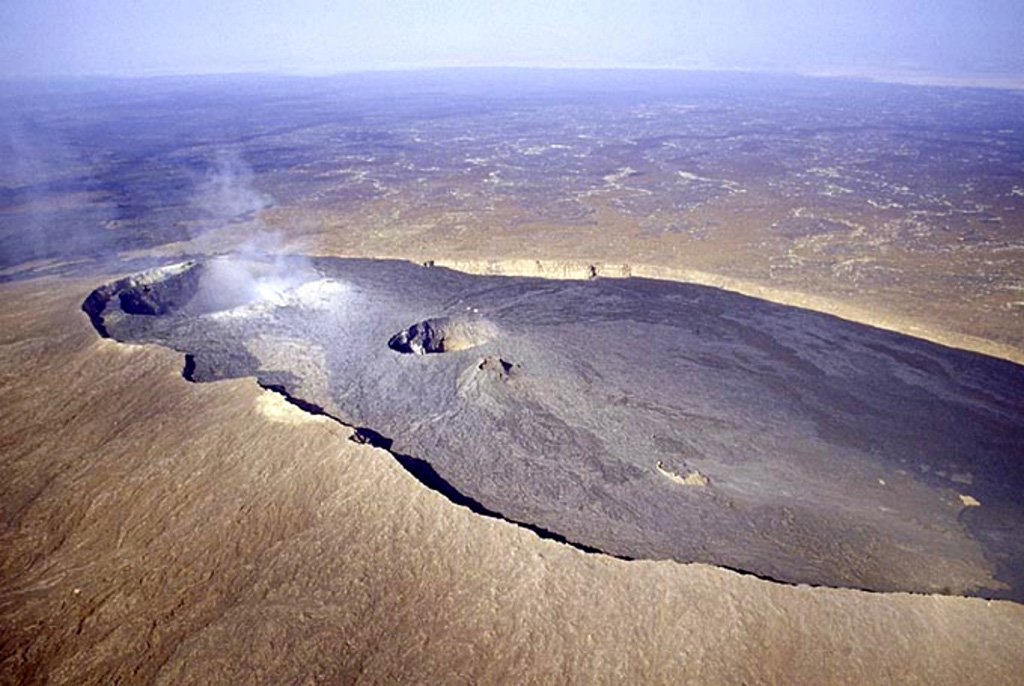 The summit of Erta Ale contains a 0.7 x 1.6 km elliptical caldera containing pit craters. A plume rises from the N pit at the left, and a lava lake was active in the center pit crater at the time of this February 2002 view from the S. It is an isolated basaltic shield volcano that is the most active volcano in Ethiopia. Recent basaltic lava flows fill much of the caldera and have overflowed its rim on the southern side. One, or sometimes two, long-term lava lakes have been active since at least 1967.