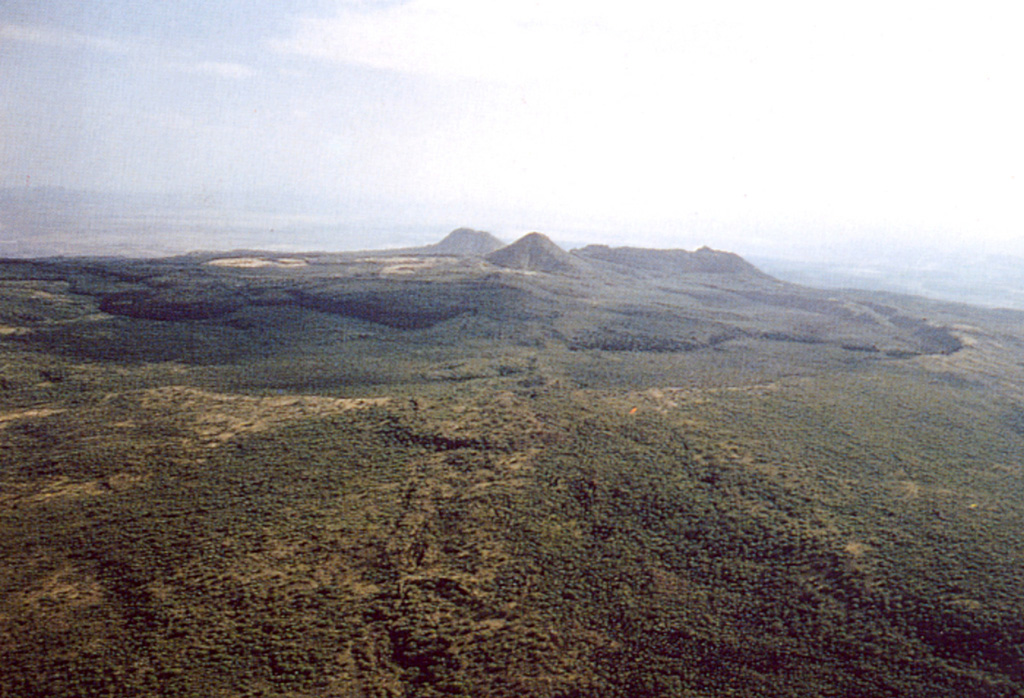 The broad Emuruangogolak shield volcano is situated at a narrow constriction in the East African Rift. The volcano is capped by a 5 x 3.5 km wide summit caldera. The trachytic lava cone of Emuruepoli and its associated dome are visible on the N rim of the caldera. Since caldera formation about 38,000 years ago, trachytic and basaltic lava flows have been erupted within the caldera and on the flanks. The latest eruption occurred less than one hundred years ago. 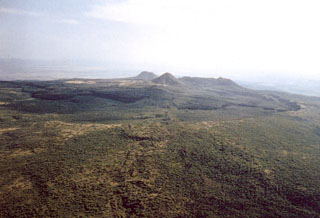