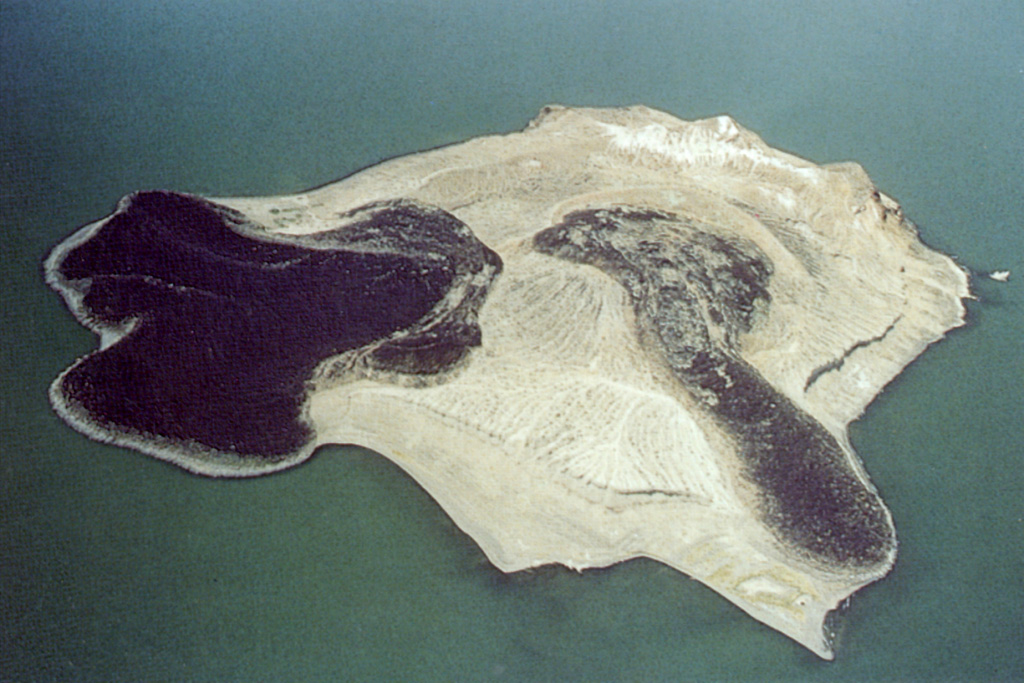 North Island in the north-central part of Lake Turkana is the northernmost and smallest of three volcanic islands in the lake. The two darker lava flows originated from a central tuff ring and formed lava deltas. The broad northern flow (left) originated from a vent on the flank and produced a 900-m-wide, lobate delta. The western flow (lower right) moved from the central vent through a breach in the western crater wall. Fumarolic activity occurs along the light-colored ridge at the top and along the SW coast. 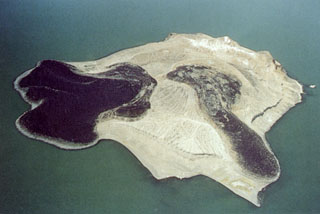