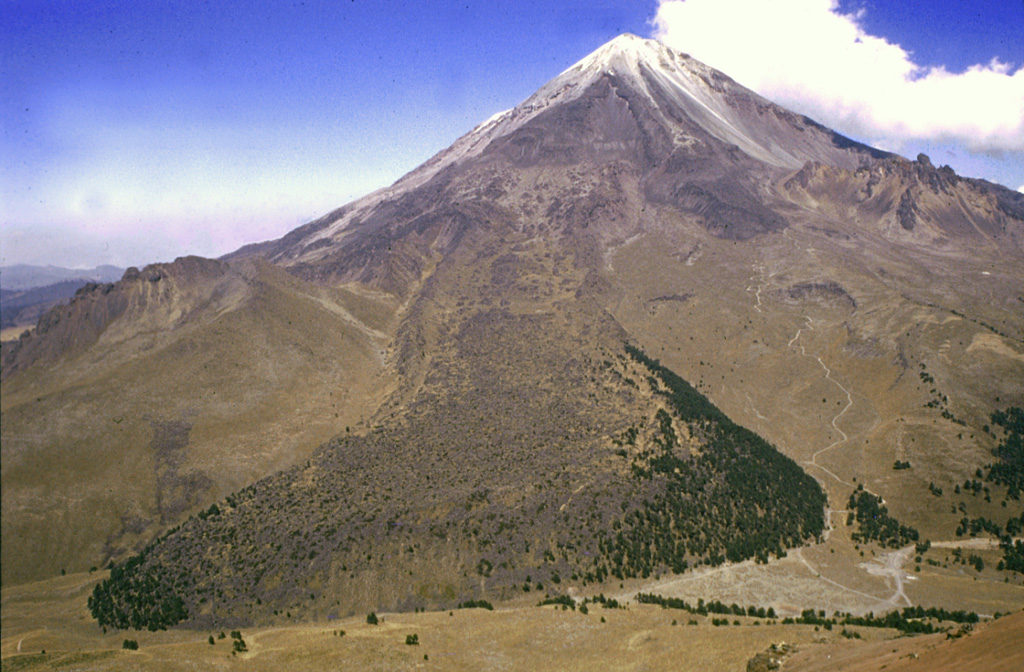 The lava flow descended the SW flank of Pico de Orizaba is about 110 m thick and up to 1.3 km wide at its terminus 5.5 km from the summit, and. has at least eight individual flow lobes. A portion of the flow that was diverted by topography to the west can be seen half-way up the flank. The smaller peak on the lower SW flank to the left of the lava flow is Cerro Colorado, a less than 90,000-year-old lava dome.