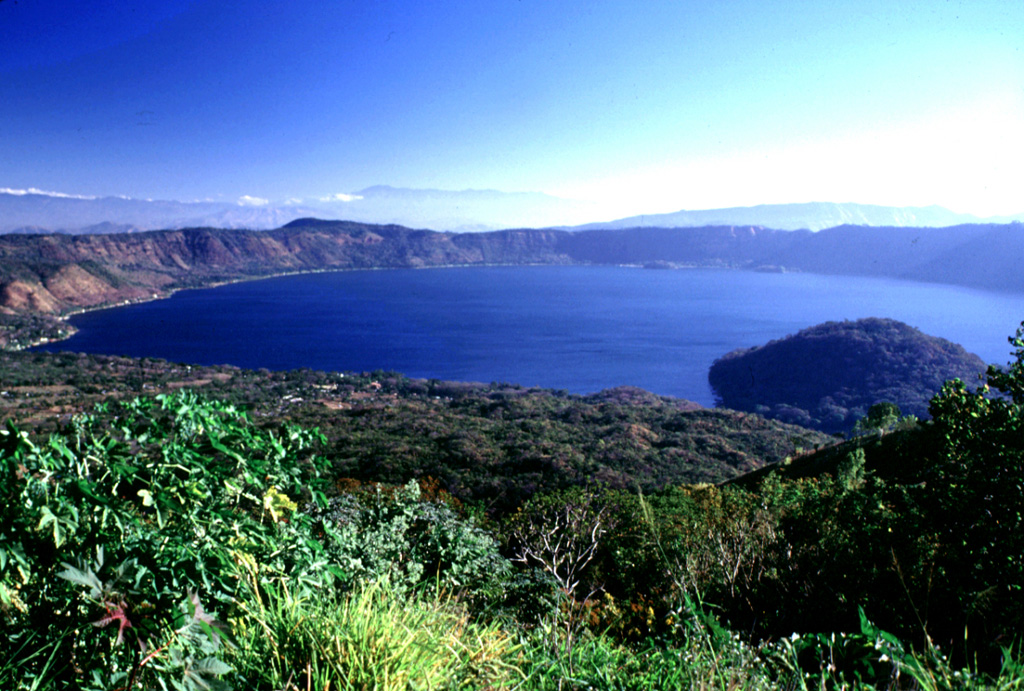 The road to the summit of Cerro Verde volcano provides a dramatic view of the eastern side of Coatepeque caldera. The hill at the right center is Cerro la Isla, a post-collapse lava dome. The caldera formed during two major explosive eruptions, the first of which occurred about 72,000 years ago and created the eastern part of the caldera in association with the Arce pumice-fall and pyroclastic-flow deposits. A lake partially filled the caldera floor prior to the Congo eruption associated with formation of the western part of the caldera.