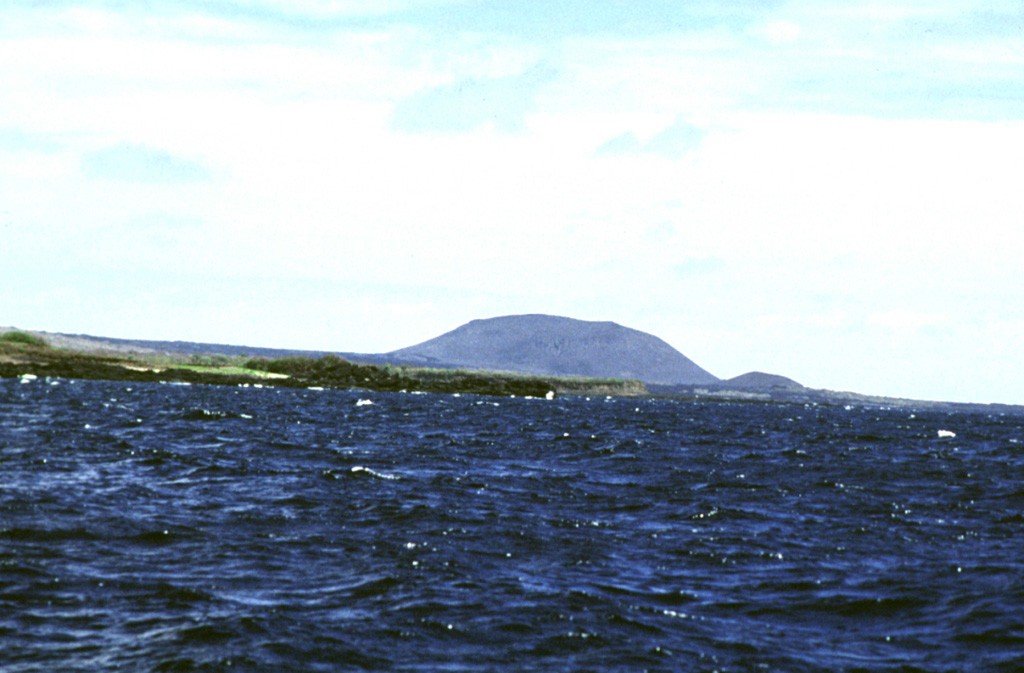 A large tuff cone rises near Punta Calle on the southern coast of Marchena Island beyond fresh-looking lava flows west of the cone in the foreground. The low shield volcano forming Marchena Island contains one of the largest calderas of the Galápagos Islands. In contrast to other Galápagos volcanoes, the 6 x 7 km caldera and its outer flanks have been largely buried by a cluster of pyroclastic cones and associated lava flows. The first historical eruption of Marchena occurred in 1991.