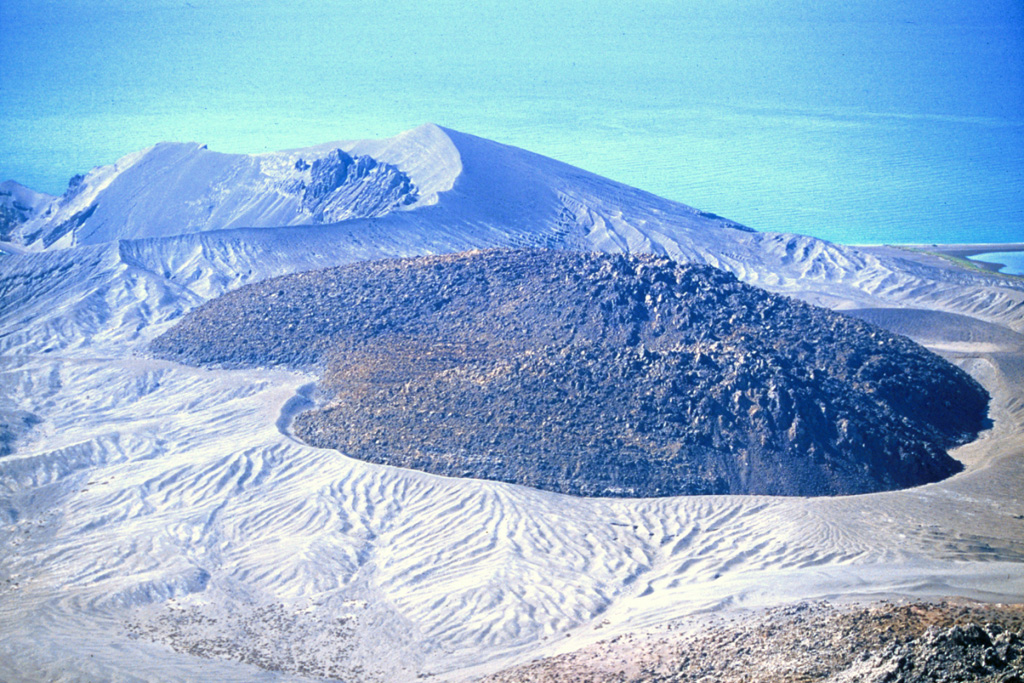 An obsidian lava dome fills the crater in the center of Isla San Luis, off the NE coast of Baja California, seen in this photo that was taken in 2000. As growth of the dome continued, a thick coulee advanced to the south and overflowed the rim to form the broad lobe behind it. The eroded Plaza de Toros tuff ring in the left background forms the SE tip of the island. 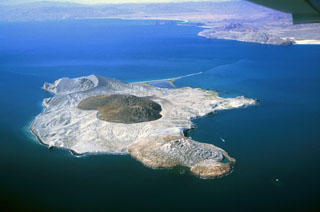