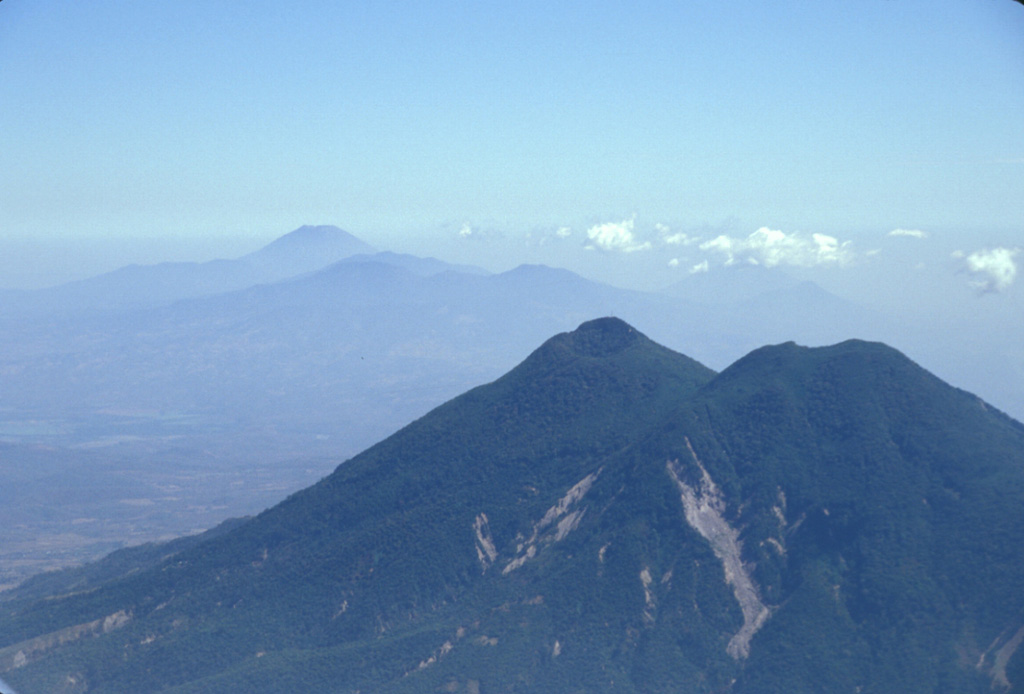 San Vicente is seen here in 2002 with landslide scarps that were produced during the January 2001 earthquake. The San Vicente area and towns at the base of the volcano were particularly affected by the tectonic earthquake and suffered extensive damage. The Tecapa volcanic complex and conical San Miguel volcano are in the distance. 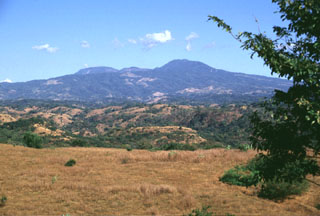