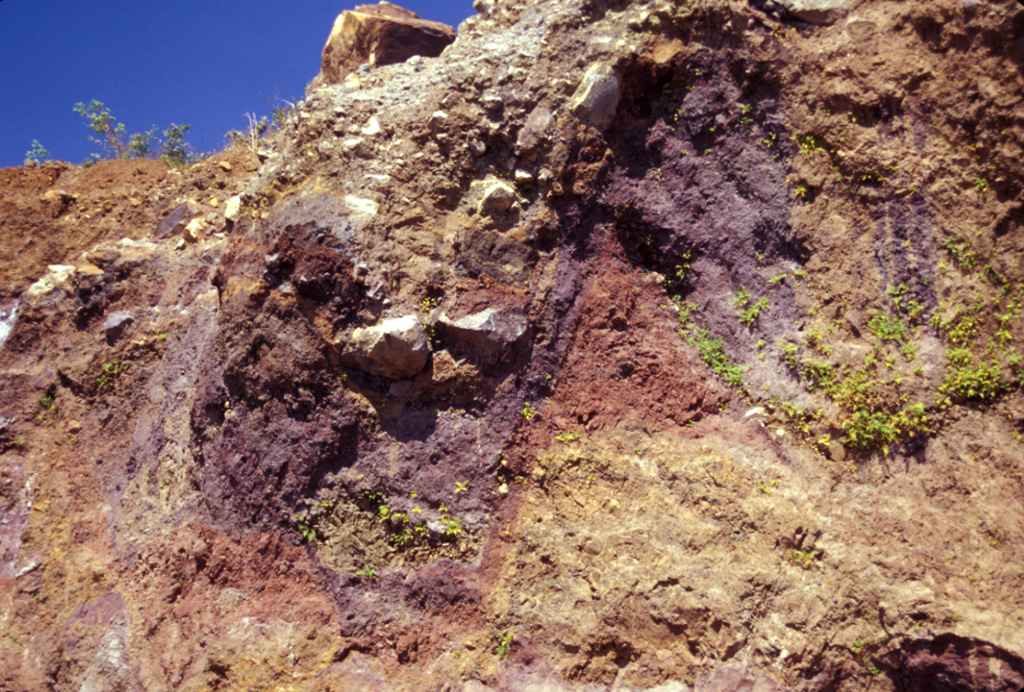 Multi-colored individual units of the Acajutla debris-avalanche deposit are offset along normal faults in this view of a quarry wall 6 km SE of the city of Sonsonate. Many blocks are unfractured, but intensely shattered blocks with jigsaw textures are also present. About 8 m of the quarry wall is exposed at the right-hand side. The voluminous Acajutla avalanche deposit was produced by late-Pleistocene edifice failure of Santa Ana; this quarry lies about 18 km from the volcano.