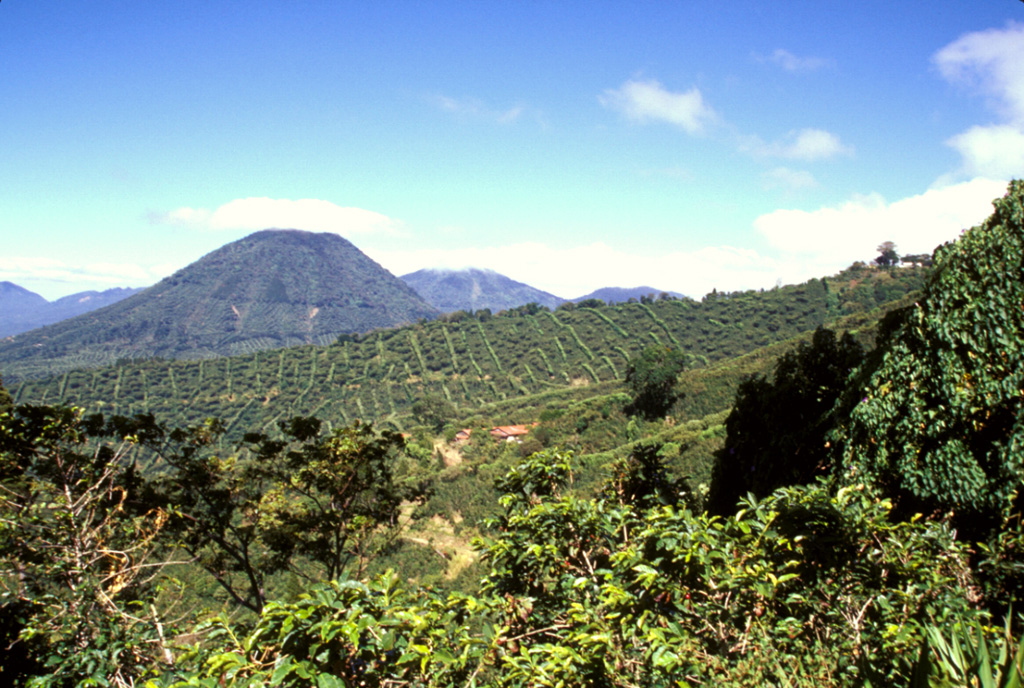 The escarpment cutting diagonally downward across the middle of the photo in front of conical Cerro los Naranjos volcano is the NW wall of a large late-Pleistocene caldera formed by edifice collapse of Santa Ana volcano. The exposed portion of the collapse scarp is up to about 200 m high along a roughly 5 km segment of the arcuate avalanche caldera. Pyroclastic ejecta and lava flows from modern Santa Ana volcano have filled in much of the scarp in the foreground and have buried it completely on the northern and eastern sides.