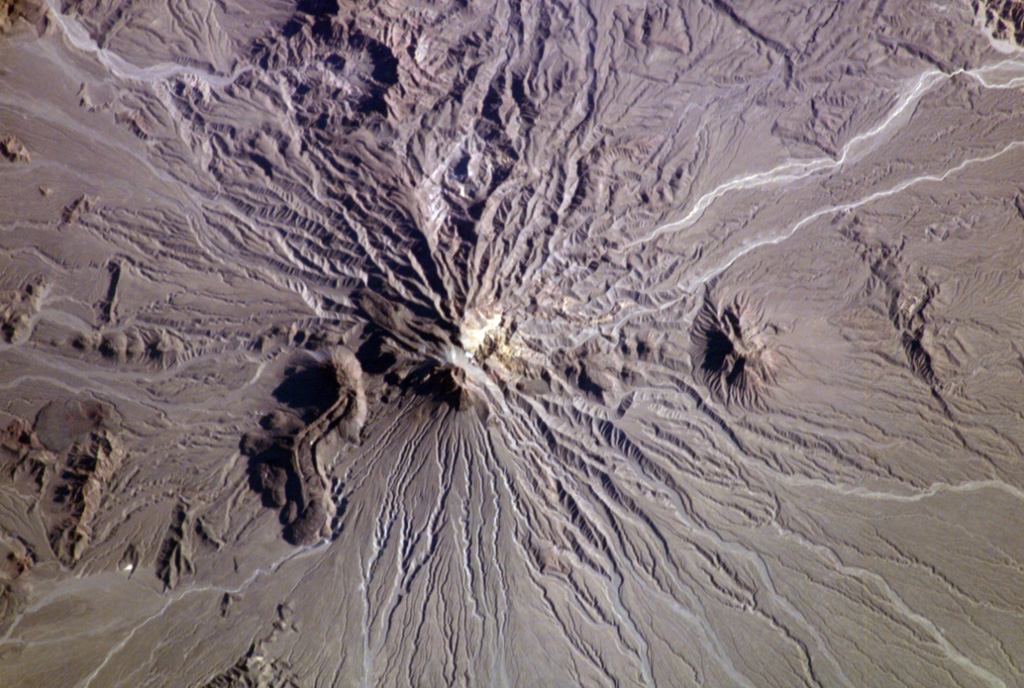 The Bazman (Kuh-e Bazman) volcano is located in remote SE Iran. A well-preserved, 500-m-wide crater caps the summit. Lava domes have been the source of viscous lava flows, including the prominent flow with visible flow levees at the lower left. No historical eruptions are known, but minor fumarolic activity has been reported. 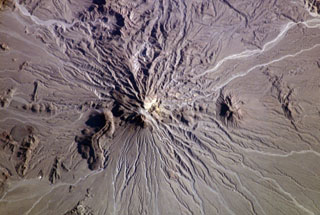