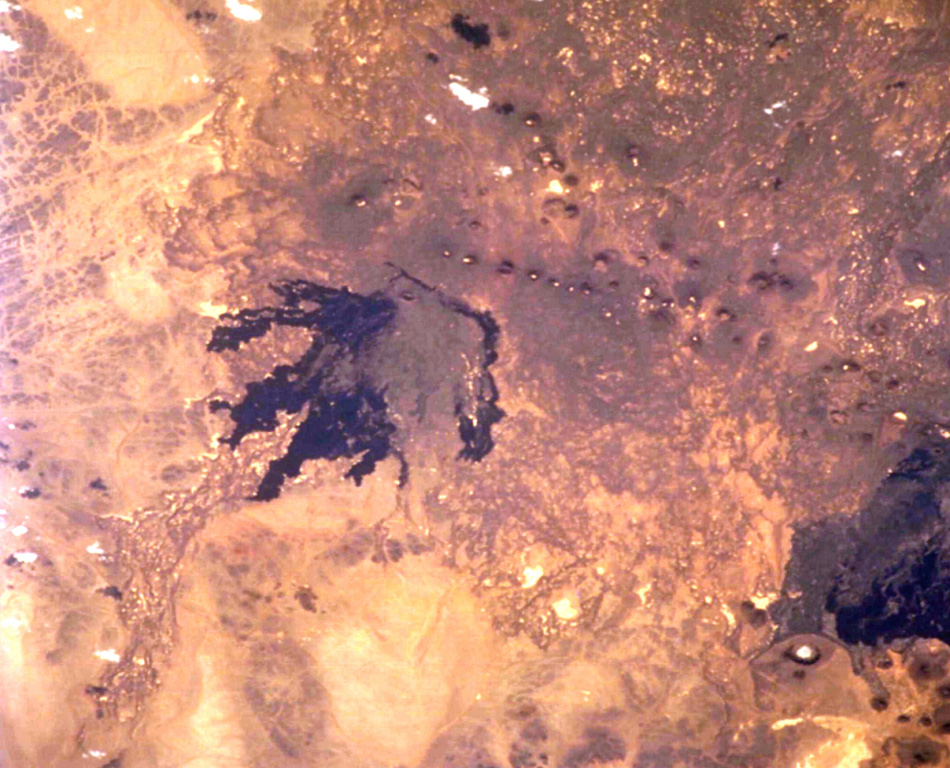 The NW part of the 5,900 km2 Harrat Kishb volcanic field is seen in this Space Shuttle image. The field is located E of a N-S-trending line of volcanic fields in central Saudi Arabia. The medium-brown-colored Jabal Aslaj scoria cone visible near the top of the dark lava flows near the center of the image was the source of the flows seen here. A second area of young flows seen at the lower right surrounds the circular Al Wahbah maar. These lava flows are stratigraphically younger than a 6,500-4,000-year-old pluvial period. 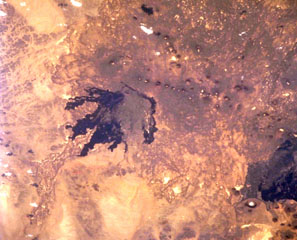