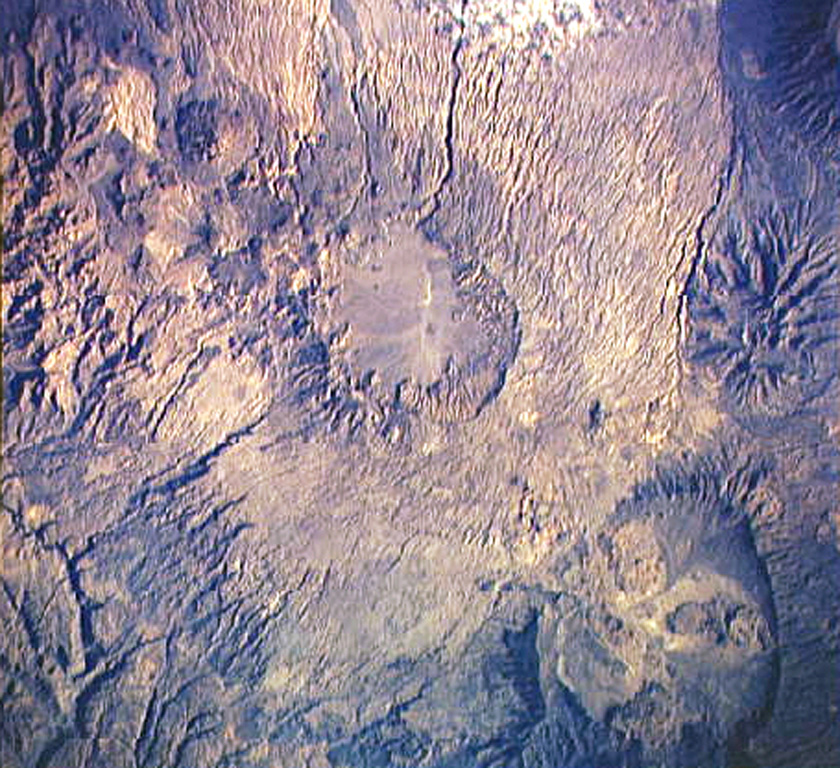 The circular area near the center of this Space Shuttle image is the shallow 14 x 18 km wide summit caldera of Tarso Voon volcano in the west-central part of the Tibesti Range. Quaternary basalts were erupted from vents near the caldera rim and from Ehi Mousgau, a small stratovolcano visible to the NW. The large Soborom solfatara field west of the massif, with its active mud pots and boiling waters, is visited by Tibesti peoples for medicinal uses. Pleistocene Tarso Yéga caldera to the SE is at the lower right. 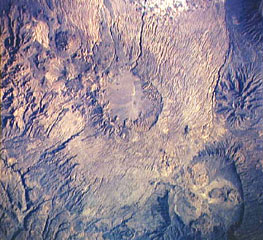