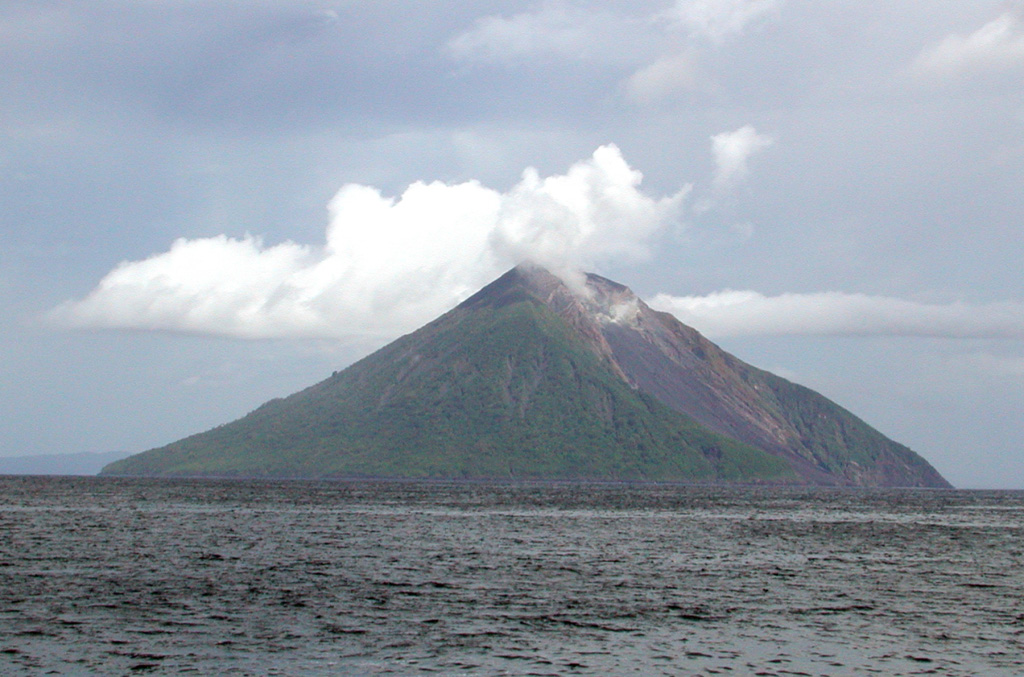 The northern side of the 3.5-km-wide Tinakula volcano at the NW end of the Santa Cruz Islands. The small island is the exposed portion of a stratovolcano that rises 3-4 km from the sea floor. A large breached crater extending from the summit to below the NW coast is visible to the right and has been the source of frequent eruptions dating back to at least 1595.

Photo by Donn Tolia, 2002 (Geological Survey of the Solomon Islands, courtesy of CSIRO).