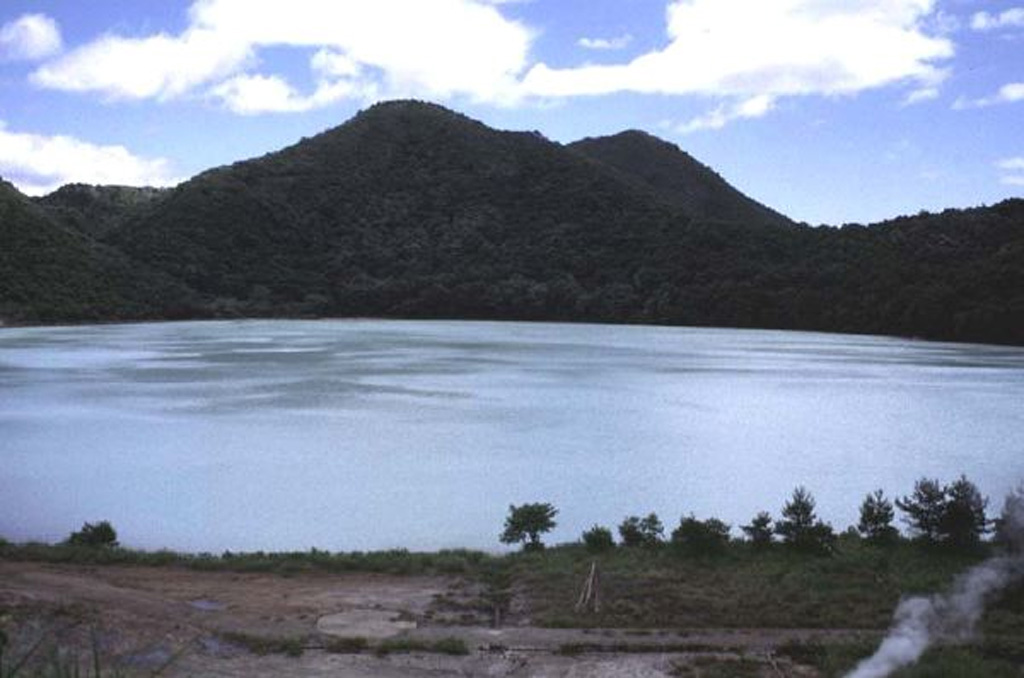 Katanuma lake in Narugo caldera is seen from its NW shore with Ogadake lava dome on the right-center horizon. It is the highest of a cluster of lava domes surrounding the lake at 470 m above sea level. Katanuma is one of the most acidic crater lakes in Japan, with a pH of 1.6, and sulfur is mined from sediments on the lake floor. Narugo (also known as Naruko) is a poorly defined, 5.5 x 7 km caldera NW of the city of Sendai. 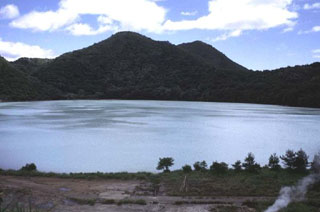